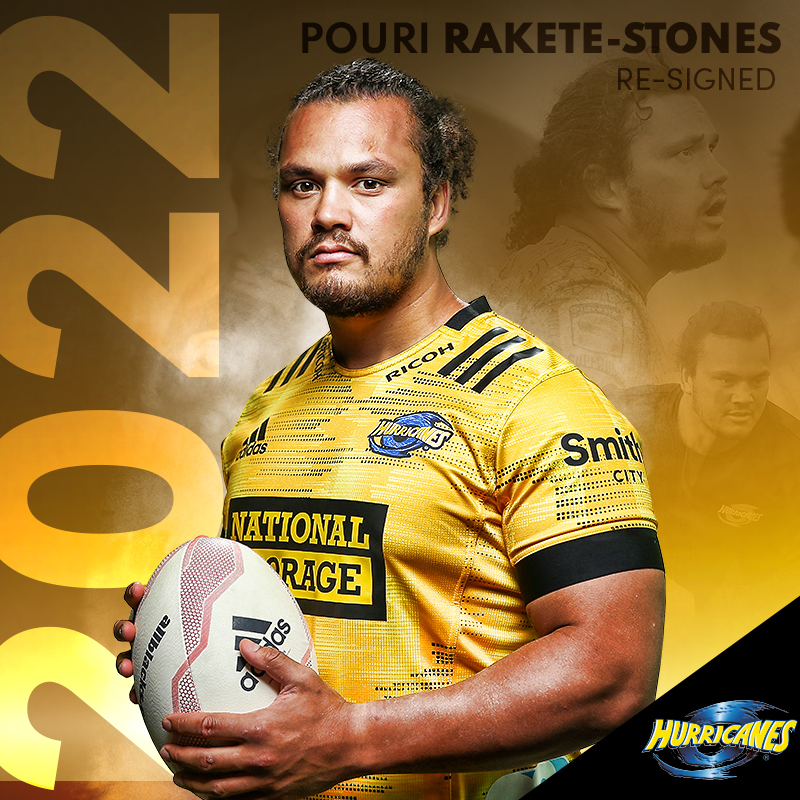 The 23-year-old is a new face at Super Rugby level, having made 14 appearances for the side since his debut against the Stormers in Cape Town, South Africa in February 2020.

Rakete-Stones says he is thrilled to have his contract extended with the Hurricanes.

“I’m very grateful for the opportunity to have another season with the Hurricanes. Growing up in Hawke’s Bay this was the Super Rugby team to play for.”

In 2020, Rakete-Stones had a career-defining year, playing a part in the Magpies outfit which won the Ranfurly Shield and Mitre 10 Cup Championship. He was also included in the Māori All Blacks side which claimed victory over Moana Pasifika.

2021 saw Rakete-Stones make six appearances for the Hurricanes and he was named in the Māori All Blacks team once again.

However, the young prop believes his best is yet to come.

“My ambition is to add to the Hurricanes legacy. Over the next season I want to learn from the people around me, keep gaining experience and be the best player I can be.”

Forward’s coach, Chris Gibbes, says Rakete-Stones has earned his place in the Hurricanes.

“He [Pouri] worked really hard for this and deserves the extension. Pouri is a big, powerful athlete, who has shown some good growth over the last year. He gets better every single week and is an exciting prospect going forward into the future.”