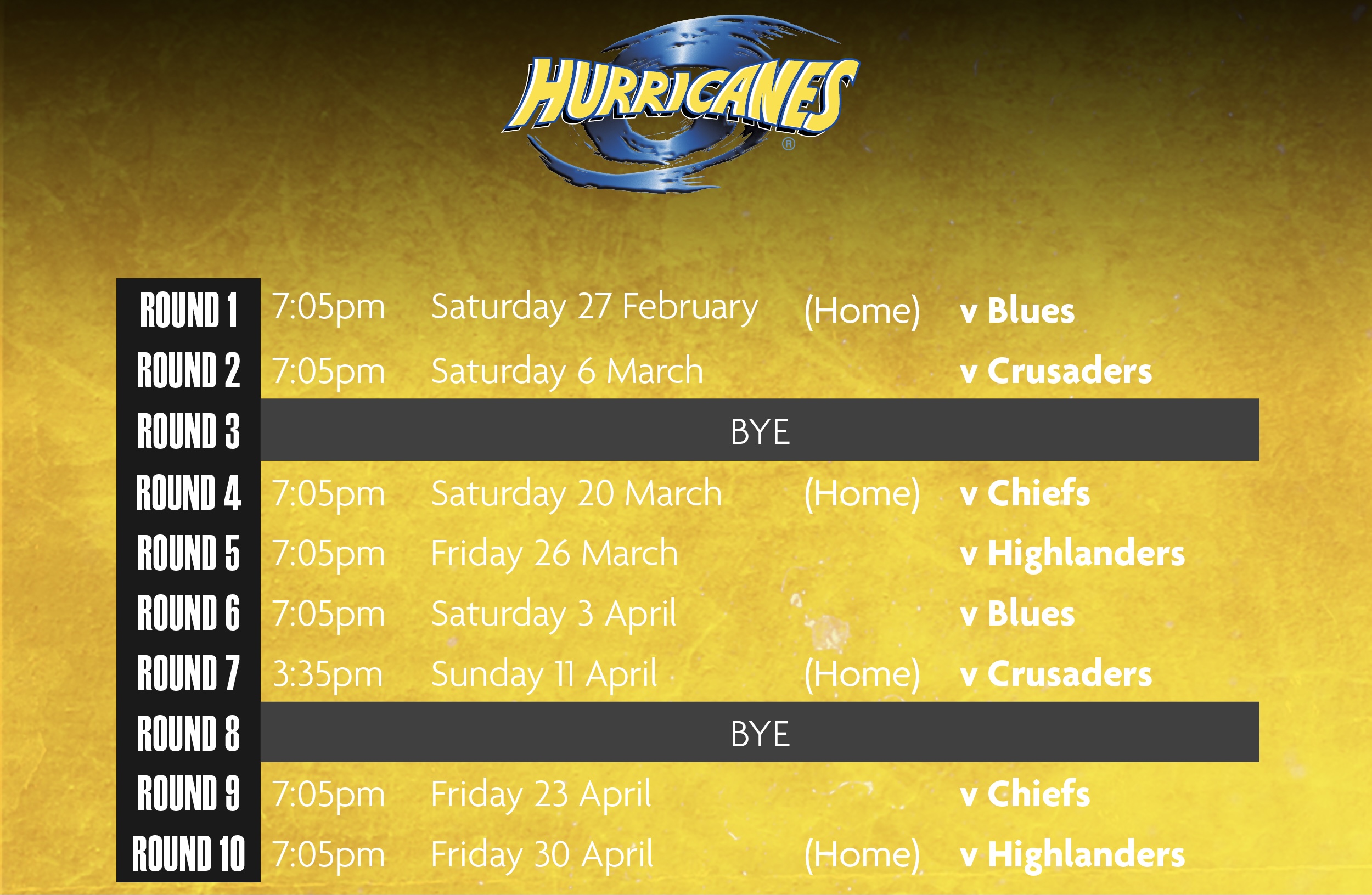 New Zealand Rugby has confirmed the Hurricanes will start their 2021 Sky Super Rugby Aotearoa campaign with a home clash against the Blues on Saturday, 27 February.

The tournament will include 10 weeks of derby matches followed by a winner-takes-all final for the Tū Kōtahi Aotearoa trophy.

Hurricanes CEO, Avan Lee, says he is delighted Sky Stadium gets to play host on the opening weekend.

“It’s a huge win for our members, commercial partners and for the wider Wellington region that they get to witness the Hurricanes’ season opener at home. It has been a few years since we’ve been afforded that sort of opportunity.”

“We saw how exciting this home and away format was last year, and all five teams now know what’s required to compete and win every week. With the availability of the All Blacks locked in for round one there are going to be fireworks from the opening whistle.”

Lee acknowledges this year’s tournament exceeded all expectations and he too is excited to see what 2021 will bring.

“Super Rugby Aotearoa generated big crowds and fantastic in-ground atmosphere. It is very clear the format was popular with fans and I think that’s an extremely positive prospect moving forward into next season.”

Head coach, Jason Holland, believes Super Rugby Aotearoa was of unparalleled quality this year. He is excited the Hurricanes get another crack at the trophy.

“It is a great competition, and you need to be at your best every week to get results. We know anybody can beat anybody on any given day.”

“The physicality and pace of these games is unbelievable, and we need to be able to manage our squads to keep the players on top of their game throughout the season.  The skill level and desire to use the ball is second to none, which makes for an exciting spectacle.”

Family friendly Sunday afternoon kick-offs have also been given the greenlight again for 2021, with the Hurricanes getting an opportunity to host one against the Crusaders on 11 April.

Holland says afternoon games have proven to be a popular addition to the tournament.

“Players love playing games in daylight and the family atmosphere around Sky Stadium is great for the game. Enjoying an afternoon game of footy is a great way to round off the weekend.”