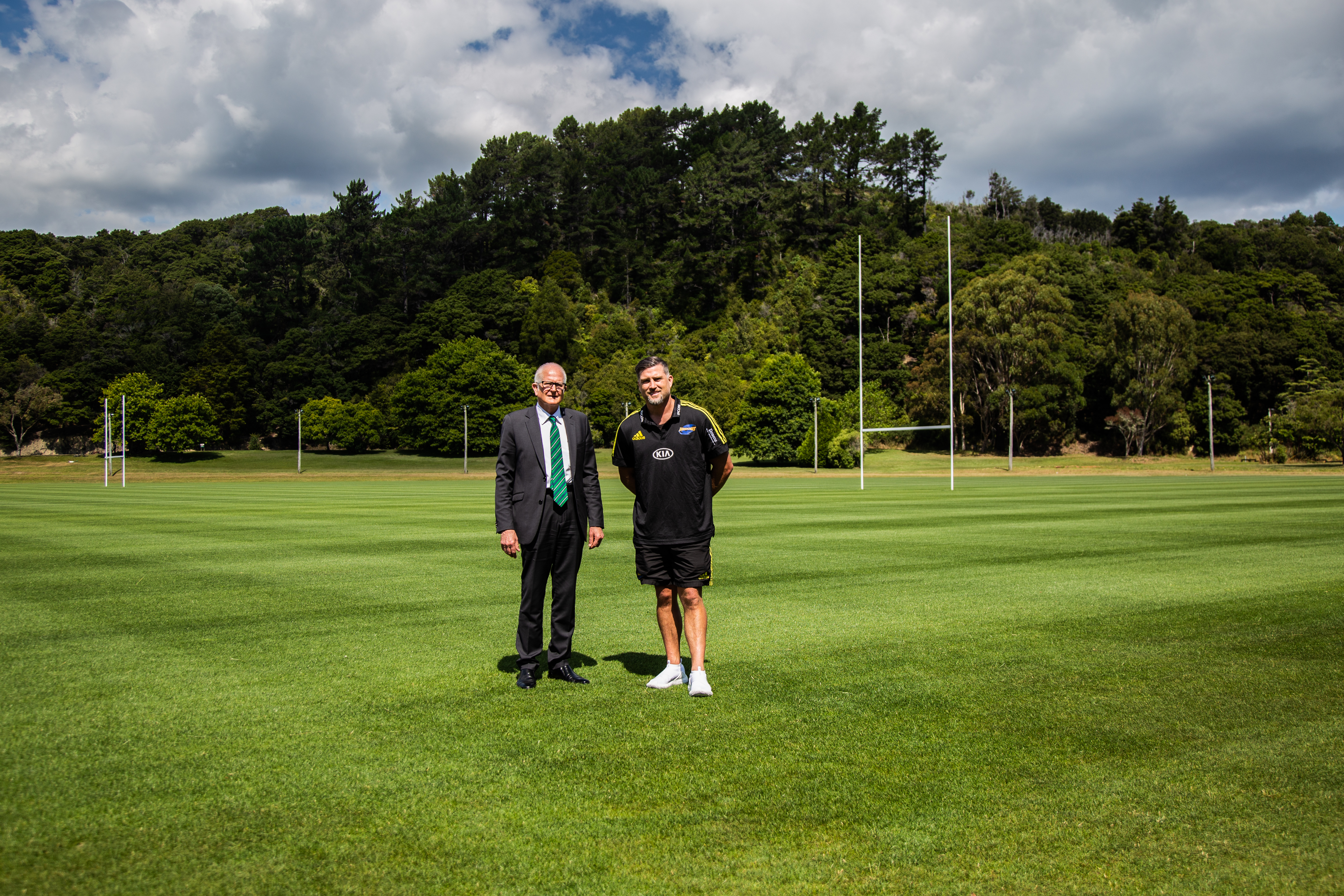 It is the first time the venue has held a Super Rugby fixture, let alone a game of three halves – in which the three squads will all get to play each other for forty minutes.

Upper Hutt Mayor, Wayne Guppy, says the fixture will not only draw fans locally but from the Wairarapa as well.

“Upper Hutt is excited to host some of New Zealand’s biggest rugby stars. We’ll be coming along to show our support at our fortress, ‘The Stone’ (Maidstone Park).”

“It’s awesome to be able to put this game on for the people of Upper Hutt. The council, mayor and Upper Hutt Rams Rugby Football Club have been fantastic to deal with and we cannot wait for the 13th to roll around.”

Maidstone Park is Upper Hutt’s most central park, sitting within proximity to the local train station and other public transportation.

Guppy says not only is it easy to get to, but it’s also a really lovely place to watch sport on a Saturday afternoon – especially in summer.

“At a grassroots level, this is where rugby begins, it’s a great opportunity to bring a showcase of the very best to our city.”

It will be a homecoming of sorts for Hurricanes assistant coach, Cory Jane, who resides in the area and is a member of the Upper Hutt Rams.

“We’re rugby mad in Upper Hutt, which is one of the many reasons I love it here so much. I’m also really looking forward to seeing this club of mine heaving with supporters on game day.”

The fixture will take place just two weeks before the first round of Sky Super Rugby Aotearoa officially kicks off on Saturday, 27 February. That weekend, the Hurricanes play the Blues from 7:05pm at Sky Stadium.

Jane says pre-season will be a good way to tell how things are tracking ahead of that first game.

“It’s been all go since assembling earlier this month.  The boys have been grafting really hard to get their fitness up and come together as a unit. I think we’ve made some great progress already, but pre-season will be good gauge for what is working and what needs some tweaking before round one.”

Tickets for the game of three halves are on sale now via ticketek.co.nz with adult admissions costing $12 and kids just $6.

For those wanting to buy or renew a Hurricanes season membership, please click this link here.

As well as joining thousands of other passionate Hurricanes members who receive exclusive benefits, you will be among the first to hear the latest team news, have the opportunity to rub shoulders with the team, attend coaching clinics and enjoy the comforts of the Members’ Lounge at ‘Our House’ - Sky Stadium.