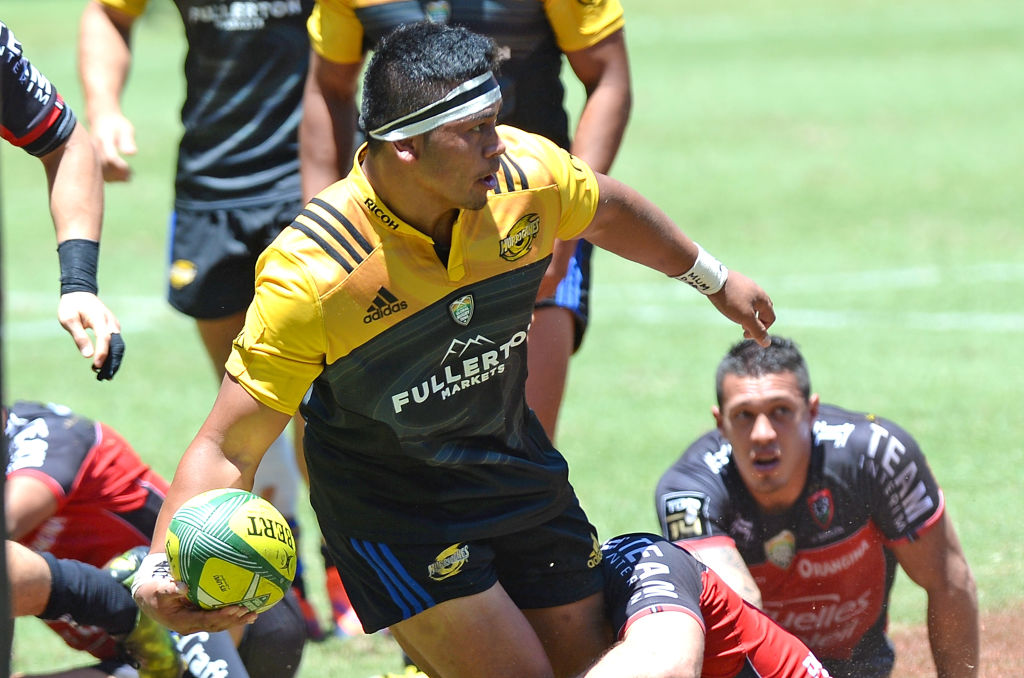 Eleven new faces including three Investec Super Rugby rookies and a Wallaby test prop are the feature of the 2018 Hurricanes squad named today.

New All Blacks hooker Asafo Aumua and his Wellington teammates, prop Alex Fidow and lock Isaia Walker-Leawere make up a freshman class small in numbers, but big in size.

Aumua (108kg) and Fidow (137kg) cut a swathe through defences during the Mitre 10 Cup with the Aumua's form so compelling that he was called up to the All Blacks for their Northern tour.

Walker-Leawere, a 1.97m, 122kg product of Gisborne Boys High School, was stamping a similar mark before cutting his provincial season short to have shoulder surgery.

Aumua, Fidow and Walker-Leawere were all members of the New Zealand Under 20s side in 2017 and represent a core of young players who have come through from within the Hurricanes region. 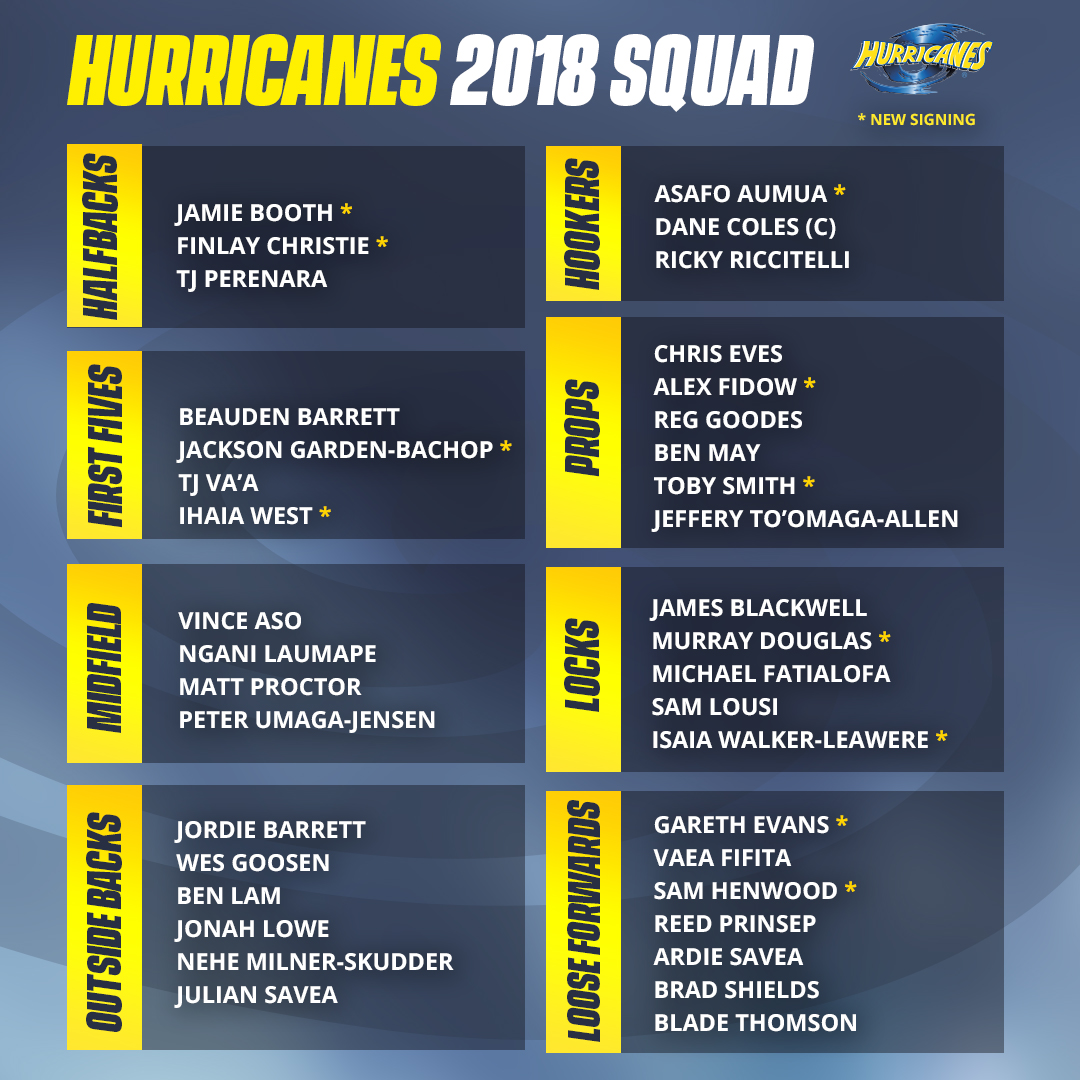 Hurricanes head coach Chris Boyd said he was pleased with the mix of youth and experience through his squad.

"It's always pleasing when a group of young players emerge into the Hurricanes from within our geographical region and I think it's also notable that Ihaia West and Gareth Evans, both from Hawke's Bay, have returned to their home clubs for Super Rugby.

"I think we have a talented group of younger players, but as always experience is a key quality in any successful side and our culture will again be built around the leadership of our captain Dane Coles and the other senior players who drive that within the group."

Those senior players include six-cap Wallaby prop Toby Smith, a two-time Investec Super Rugby champion with the Chiefs before heading across the Tasman to join the Melbourne Rebels.

"To bring in a player with nearly 100 Super Rugby caps and the experience of a Rugby World Cup campaign with Australia can only be good for our group," Boyd said. "I think it's a good sign that we the Hurricanes are attracting that calibre of players and I'm sure Toby will add a lot to the group in 2018." 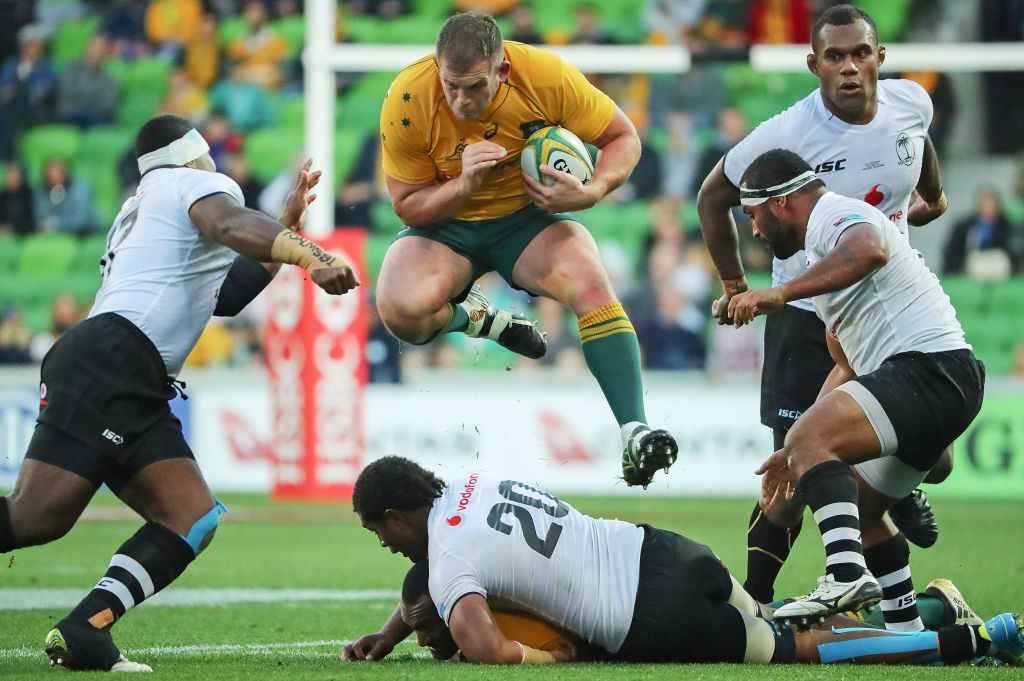 There are also eleven 2017 All Blacks in the squad including the halves pairing of TJ Perenara and Beauden Barrett.

In addition to the established stars and Super Rugby rookies there is a cast of players coming into the Hurricanes squad for the first time.

Booth, a member of the Hurricanes wider training squad in 2015, becomes the third halfback contracted after Tasman halfback Finlay Christie and Perenara, who recently inked a new four-year deal. 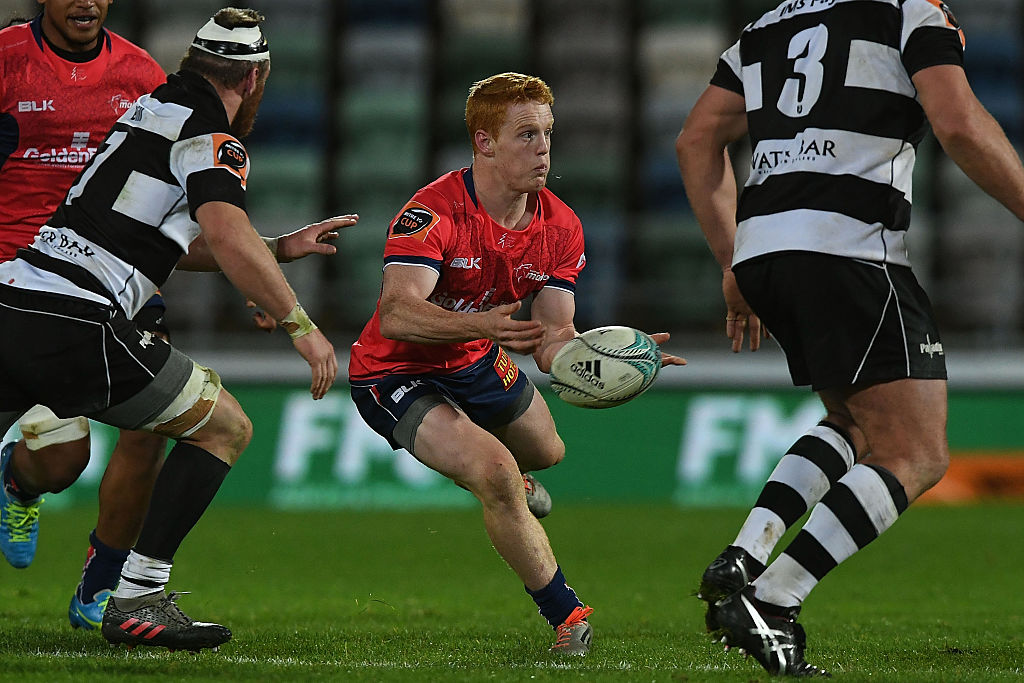 Douglas, a 1.97m, 28-year-old lock, started his career with the Heriots Rugby Club in Edinburgh before heading down under. He made his Super Rugby debut for the Melbourne Rebels earlier this year, then impressed for Northland during the Mitre 10 Cup.

Henwood, 26, made his provincial debut for Auckland way back in 2011 before injuries stalled his progress on the field, but not off it.

After completing a degree in Business and Computer Science he resumed his rugby career with Counties-Manukau in 2014 and spent several off-seasons playing professionally in Portugal before making his Super Rugby debut for the Chiefs, in 2016.

There are three other uncapped Super Rugby players in the 38-man squad although the Wellington duo of midfielder Peter Umaga-Jensen and first five TJ Va'a, and Hawke's Bay outside back Jonah Lowe, were all members of the 2017 Hurricanes squad.

The Hurricanes Investec Super Rugby season begins in Pretoria against the Bulls on February 25 and includes eight home matches against the Crusaders, Highlanders, Sharks (in Napier), Chiefs, Sunwolves, Lions, Reds and Blues.

ABOUT THE HURRICANES 2018 FRESHMAN CLASS:

Alex Fidow
Age: 20
Physical: 1.87m, 137kg
Province: Wellington (debut v Hawke's Bay in 2016)
Did you know?  Fidow was Wellington's leading try scorer in 2017 with eight, but was also a try-scoring machine during his days at Scots College in Wellington. In 60 matches for his first XV he scored 49 tries. The same year he won the Jerry Collins Memorial Bronze Boot award as New Zealand's MVP in the annual secondary schools' test against Australia. 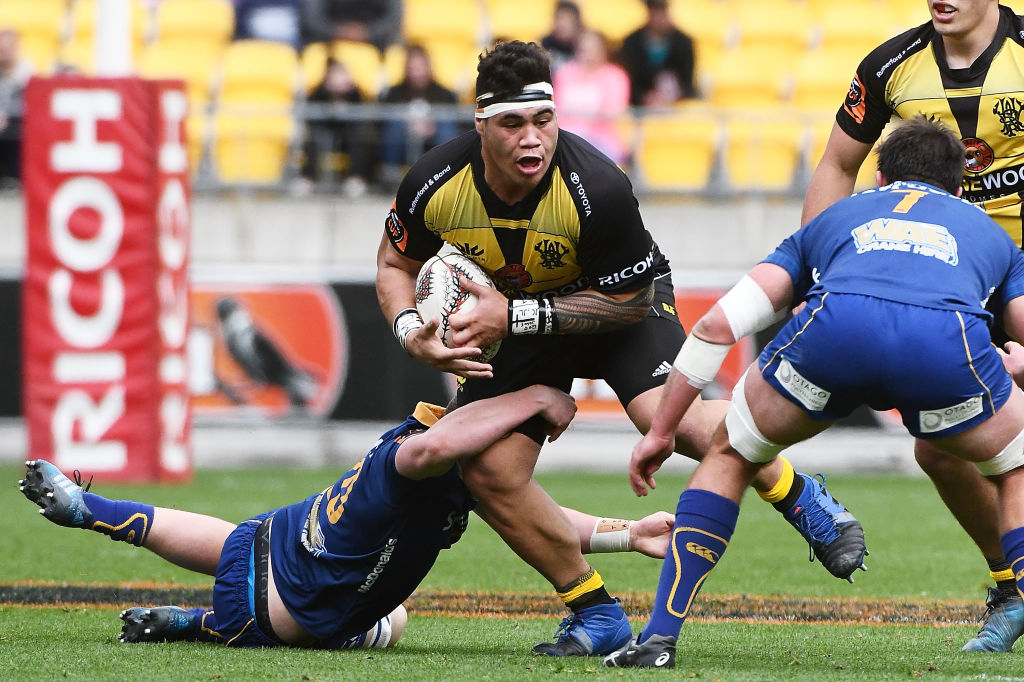 CAPTION: Alex Fidow in action for the Wellington Lions against Otago during the 2017 Mitre 10 Cup. PHOTO: Getty Sport

Isaia Walker-Leawere
Age: 20
Province: Wellington (Debut v Hawke's Bay, 2016)
Physical: 1.97m, 122kg
Did you know?  Walker-Leawere is known to most as Izzy from Gizzy due to being born in Gisborne. His father Kele Leawere represented Fiji 25 times and played two matches for the Pacific Islanders in 2008. Kele was also a stalwart of the Ngati Porou East Coast team in the mid to late 1990s. 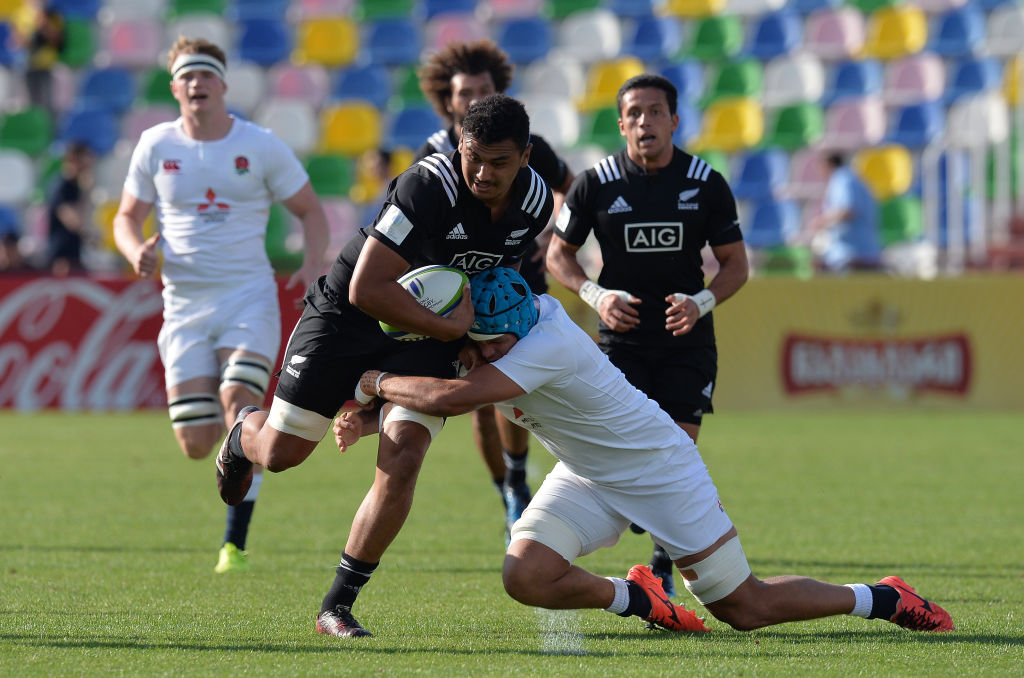 CAPTION: Isaia Walker-Leawere in action against England at the Under 20 World Championship. PHOTO: Getty Sport

Asafo Aumua
Age: 20
Province: Wellington (Debut v Hawke's Bay, 2016)
Physical: 1.77m, 108kg
Did you know? Aumua scored a hattrick of tries for Wellington against Northland on his provincial debut becoming just the fourth hooker in 30 years provincial rugby to score three tries in a representative match. Aumua was brought up in Naenae north of Wellington city, but schooled at St Patricks College Silverstream.