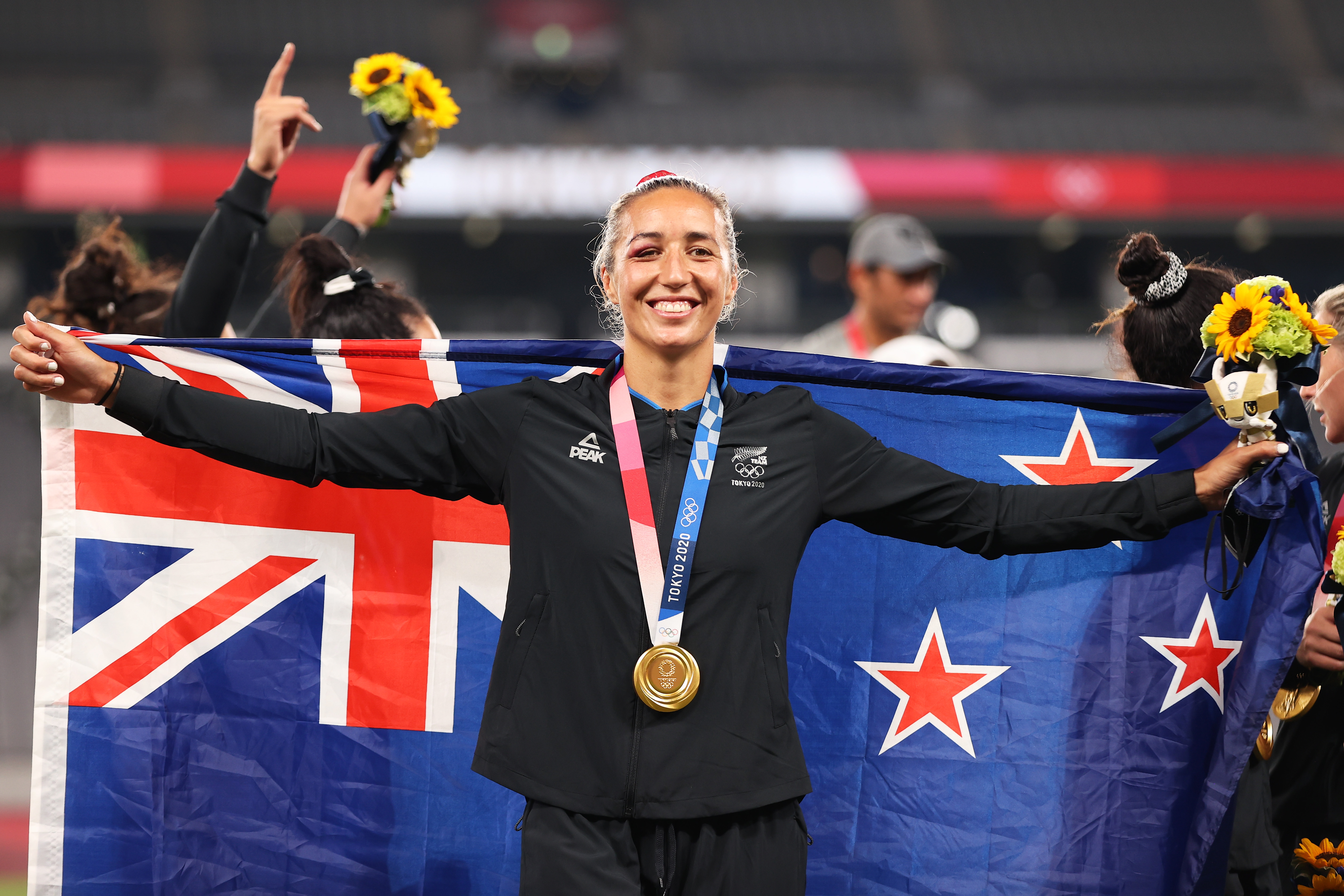 The Hurricanes is now home to legendary Black Ferns Sevens captain Sarah Hirini, with the club announcing today that Hirini has put pen to paper committing to the Hurricanes Women’s squad for the upcoming 2022 Super Rugby Aupiki competition.

One of the leading Sevens players in the world, Sarah Hirini has an impressive list of accolades to her name including captaining the Black Ferns Sevens team to a gold medal at the 2020 Tokyo Olympics, Sevens World Champion in 2013 and 2018, Commonwealth Games gold medallist, and six-time World Series winner. In 2019 she became the first female player to bring up 200 matches on the World Series.

Outside of Sevens, Hirini was a member of the 2017 Black Ferns that won the Women’s World Cup, she was made a member of the New Zealand Order of Merit in 2019 and became the first woman to be awarded the prestigious Tom French Memorial Māori Player of the Year.

Hurricanes Women’s Head Coach Wes Clarke said it was great to have a player of Hirini’s calibre returning to the region to be part of the Hurricanes squad.

“She’s deeply committed to the Hurricanes and the Manawatu region. Every chance she gets she always plays for Manawatu even though she lives in the Mount. There was never any discussion about her playing for anyone else. She is always coming back to this region.”

“Not only is she really passionate about the region, she’s an outstanding leader, and naturally commands the respect of everyone she works with,” said Clarke.

“She's an extremely intelligent rugby player. I always think back to the World Cup where she was asked to do some homework on the back moves, in her position as a 7. We asked her to do this at dinner, and then walking to breakfast the following morning, we jokingly asked her a couple of questions and she had learned all of them overnight in detail. So, this speaks firstly of her intelligence to memorise and understand it all, but secondly her work rate.”

Hirini is one of several international rugby players who went to Feilding High School, and has won five National Sevens titles with Manawatu.

Hirini said she was thrilled to have been selected for the Hurricanes Women’s Team and have the opportunity to take part in the inaugural season of Super Rugby Aupiki.

“It’s a huge honour to play for the region I grew up in and the club I’ve supported for a very long time. I'm from Manawatu, born and bred down there, went to Feilding High School, and although I have recently moved away from the region, I still represent them and play for them.”

“I'm just super excited for Super Rugby Aupiki to be going ahead. A lot of people have put in a lot of work to make sure that this competition goes ahead next year. It's been a long time coming and I just know that this is a great step forward, creating so much exposure for the women's game. Also, next year being so exciting with the World Cup in New Zealand it’s just going to keep flying that momentum behind the game.”

“It's going to be an amazing opportunity to play alongside girls from different regions that I’ve played against for the Manawatu Cyclones, so I'm really looking forward to this opportunity to represent the Hurricanes next year.”

Hirini said she was looking forward to working with Wes Clarke in the Super Rugby environment.

"He's an awesome coach. I've worked with Wes for a several years now and in a number of different teams so to be coached by him again in the Super Rugby Aupiki competition is going to be a massive opportunity for me. Each time I've been coached by him I've gained so much knowledge about the game but also a lot of knowledge about the technical and tactical sides of the game.”

The Hurricanes Women’s full squad and draw will be announced in the coming days.

Hurricanes Memberships will be on sale in November and will include a Hurricanes Women’s home match.