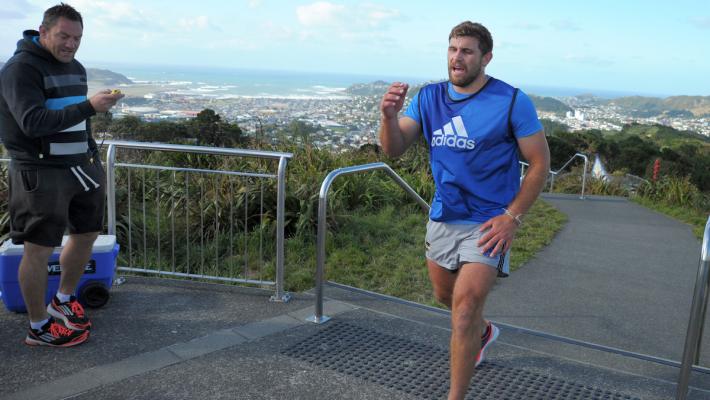 The Hurricanes' gruelling Surf to Peak challenge is on this Saturday, with a new team member set to take the crown.

Any chance back-to-back champion Callum Gibbins had of a three-peat has been squashed by a knee injury, leaving the door open for a new champion, and perhaps, a new record.

Gibbins set the record last year in a time of 57.55 minutes, breaking his own previous record of 58.39 minutes. There are only two other players in the race's history to complete the race in under an hour. In December 2011, James Marshall finished in a time of 59.49 minutes, while former Hurricane and soon-to-be Wasps player, Jimmy Gopperth, is thought to be the only other player to go under an hour, however, his official time is not documented.

The punishing event starts at Lyall Bay with a 1km run, where they will then transition to their bikes for a 21km cycle around the bays.

This will take them around Breaker Bay, Seatoun, and Karaka Bay, and will continue around the headland, along Evans Bay and past Greta Point to Oriental Parade. From there, they have to endure a 2km uphill run to the Mt Victoria lookout.