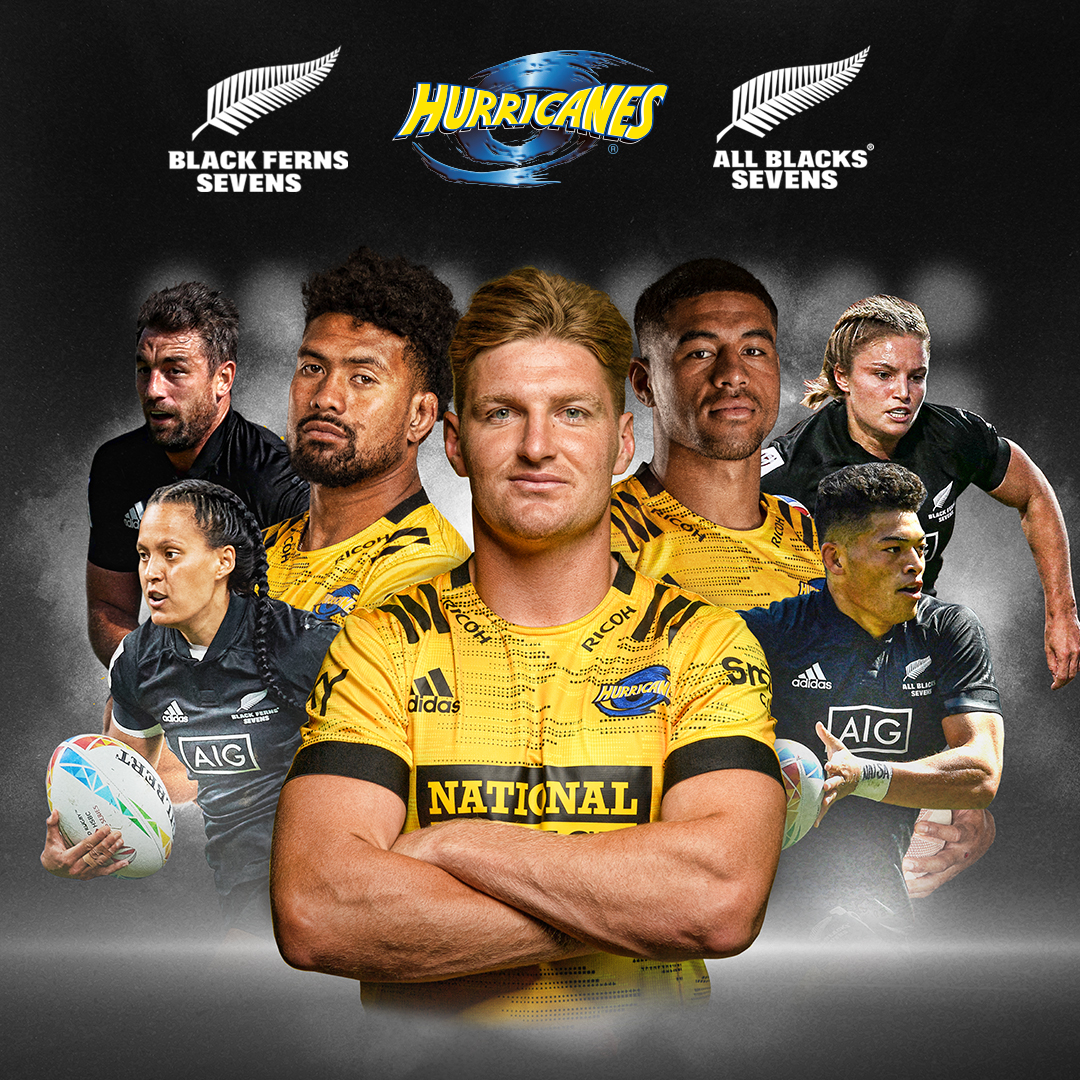 Rugby fans in Wellington will be treated next weekend not only to the Hurricanes v Crusaders on Sunday afternoon, but also to a fast-paced weekend of sevens action as the All Blacks Sevens and Black Ferns Sevens bring their Olympic preparation to the capital city.

The weekend culminates with the All Blacks Sevens and Black Ferns Sevens playing exhibition fixtures at Sky Stadium either side of the Hurricanes v Crusaders match. The four sevens matches will be broadcast live on Sky.

New Zealand Rugby High Performance Sevens Manager Tony Philp said with the borders closed; it was pleasing to be able to create a high level of competition.

“We are lucky to have really talented sevens players in our country so putting together a tournament like this is key for Olympic preparation.

“It is also important for our teams to experience playing in a stadium environment again, so it is fantastic to link with the Hurricanes and play around their Sky Super Rugby Aotearoa fixture,” said Philp.

All Blacks Sevens Co-Captain Scott Curry said the team are looking forward to getting back to Wellington.

“A lot of us have great memories of playing at the Wellington Sevens, so its pretty cool to be heading back to the stadium to play some matches there. Having three game days is the same format as the Olympics, and we know they’ll be quality games so its great preparation for us.”

Black Ferns Sevens’ Tyla Nathan-Wong said any opportunity the team gets to play in New Zealand in front of friends and family is exciting.

“It’s going to be great. We’ve been training hard but nothing beats actual game time, and playing at Sky Stadium on the Sunday will be pretty special.”

Hurricanes CEO Avan Lee said the club was looking forward to what will be an amazing day at Sky Stadium.

“We are delighted to host the Black Ferns Sevens and All Blacks Sevens on 11 April.  It will be a memorable afternoon with Hurricanes v Crusaders kicking off at 3.35pm and also some high-quality sevens games featuring our best male and female players. They are all amazing athletes and I highly recommend that our members and fans check it out.”

This is the second competition window in the build up to the Olympics, with the previous tournament played in Mt Maunganui in February. The schedule for the next three months will be confirmed when a Trans-Tasman bubble is announced.