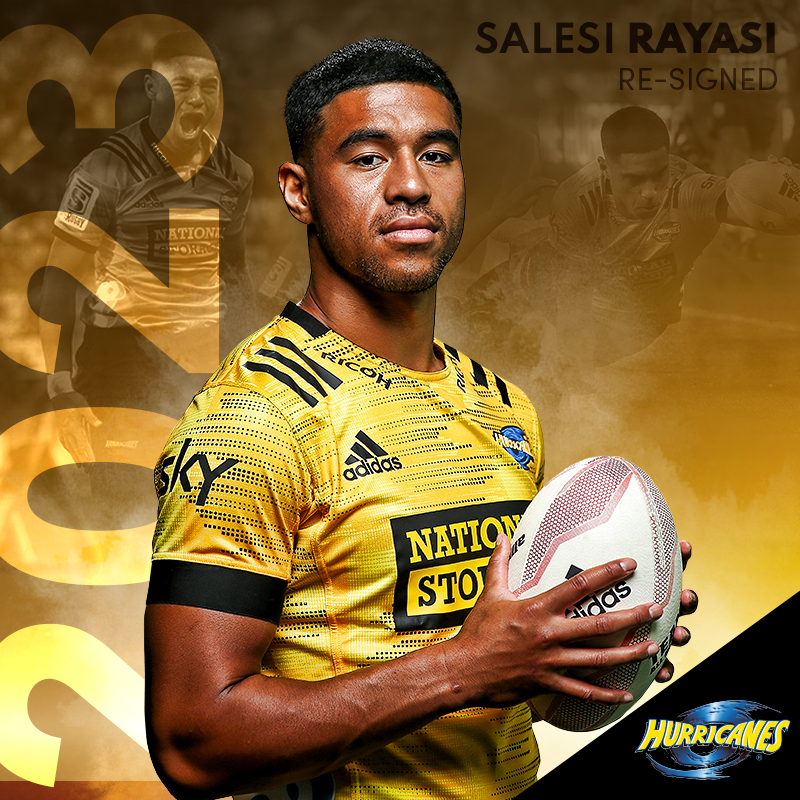 The 1.94m, 105kg speedster has developed into one of the most promising young backs in New Zealand since he made his debut for the Hurricanes in 2019.

The former St Patrick’s College Silverstream student followed a dream of playing basketball professionally before turning his attention back to rugby, firstly linking up with Auckland in the NPC before securing a Super Rugby contract in the capital.

A New Zealand Sevens rep, Rayasi spurned the opportunity to chase an Olympic dream at Tokyo to continue to play with the Hurricanes in 2021 and his form throughout the season has been eye-catching.

“To stay here at the Hurricanes, it just feels the right thing for me to do,” he said.

“I’ve enjoyed myself from the moment I arrived at the club and I want to be part of this squad moving forward. We have a lot of competition for the wing spots at the moment and that’s proving to be really exciting for all of us.”

With strong support from family and friends in Wellington, Rayasi said he never really considered a move elsewhere.

That was great news for Hurricanes head coach Jason Holland who has taken personal pleasure in watching Rayasi progress.

“Sas is a quick learner who always takes feedback on constructively and we are seeing first hand the potential we know he has,” he said.

“We believe he can go a long way in the game and we’re delighted that progress will be with us because he’s a popular man in our group and our whole organisation.”

Hooker Asafo Aumua has recovered from a head knock and will start in the middle of the front row on Friday while Reed Prinsep returns to the starting...