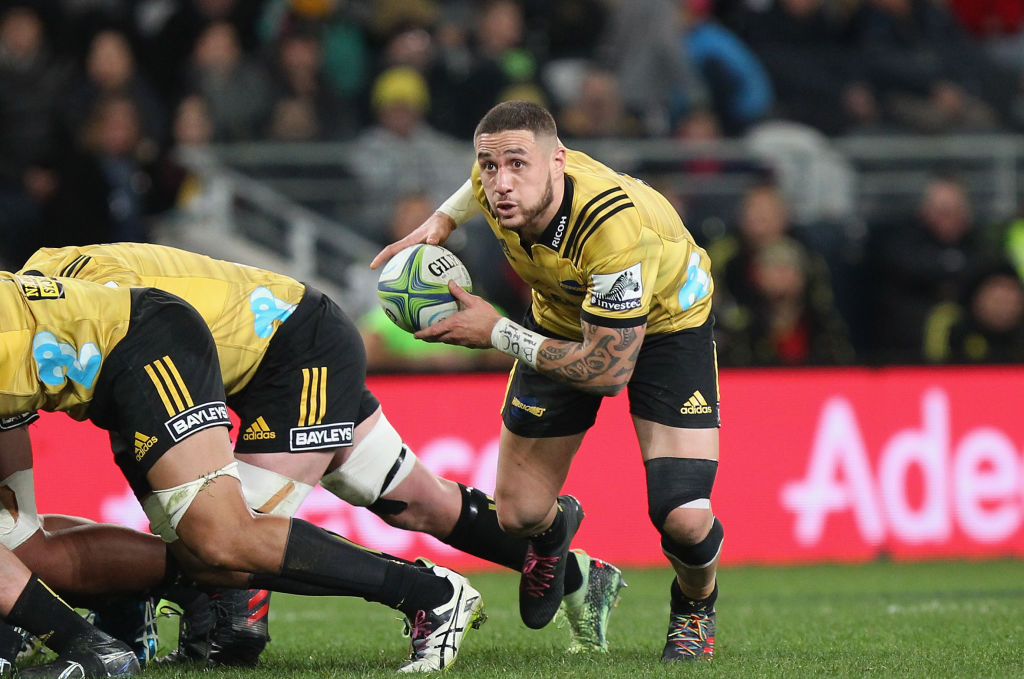 TJ Perenara will lead the Hurricanes in their Investec Super Rugby opening match against the Waratahs in Sydney on Saturday night.

Perenara, the Hurricanes most capped halfback with 111 appearances, will lead the side with club captain Dane Coles named on the bench.

"Both TJ and Dane are really experienced in leading the side and we want to share the load within the squad with two exceptional individuals," Hurricanes head coach John Plumtree said.

Plumtree has named a starting XV that contains plenty of Super Rugby experience mixed with a couple of new Hurricanes players.

Former Highlanders first five-eighth Fletcher Smith will wear the No 10 jersey after impressing during the pre-season campaign while young Manawatu lock Liam Mitchell will make his debut in the run-on side.

"Liam has been one player who has really taken his chances since he came into the environment," Plumtree said. "The coaching group have seen just how hard he has worked and he has been rewarded with a chance to start in what we think is a pretty exciting squad."

Mitchell will combine in the second row with James Blackwell who has also been a stand-out through the pre-season while 78-game veteran Chris Eves will start at loosehead prop.

The backline is an experienced unit with Ngani Laumape and Matt Proctor combining in the midfield with a back three consisting of last season's top try scorer Ben Lam, Vince Aso and Jordie Barrett.

The bench is highlighted by the inclusion of Coles while there are potential Hurricanes debuts for promising prop Xavier Numia and loose forward Du'Plessis Kirifi.

James Marshall, who won the 2016 Super Rugby title with the Hurricanes in his last appearance in New Zealand, has also been named on the bench.

"We have collectively worked really hard over the last few months, we believe the squad is really fit and will go the distance and we just can't wait to get out there and play," Plumtree added.

The Hurricanes squad to face the Waratahs is: