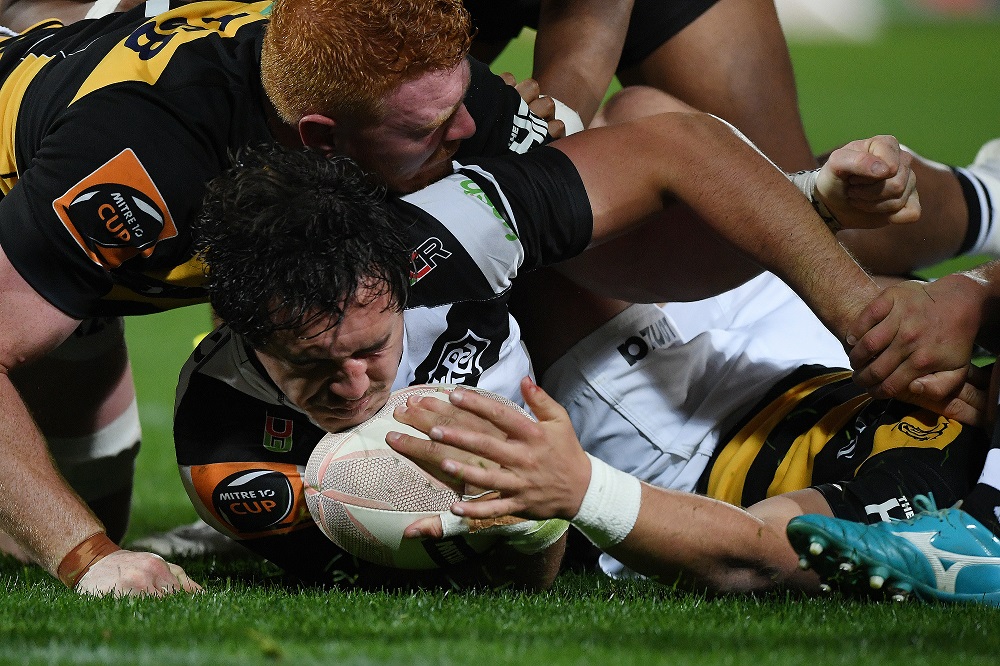 Pouri Rakete-Stones
Age: 22
Province: Hawke's Bay
A player who is adept to cover loosehead and tighthead prop, Rakete-Stones has been in excellent form for Hawke's Bay in the Mitre 10 Cup. The former world champion New Zealand Under-20 representative, Rakete-Stones made his provincial debut in 2018, starting eight of Hawke's Bay matches. A strong scrummager, he has also shown to be a strong ball carrier.

Tyrel Lomax
Age: 23
Province: Tasman
Rising young All Blacks prop Tyrel Lomax signed a four-year deal with the Hurricanes through until at least 2023. Lomax, who has strong ties to Wellington with extended family living in Wainuiomata, will join the Hurricanes ahead of the 2020 Investec Super Rugby competition.After making his Super Rugby debut for the Melbourne Rebels in 2017, the 23-year-old joined Tasman in the 2017 Mitre 10 Cup and quickly established himself as first choice tighthead which earned selection in the Highlanders Super Rugby squad in 2018.He was selected in the All Blacks in November, 2018 where he made his  debut against Japan after a number of strong performances in Super Rugby.

Scott Scrafton
Age: 26
Province: Auckland
A former New Zealand Schools and Under-20 representative, Scrafton made his provincial debut for Auckland in 2014 before being named in the Blues for the 2016 season when he made his debut against the Waratahs.The 2 metre second rower impressed with his development over the next two seasons and looked on track to become a regular fixture in 2018 before a serious knee injury left him sidelined for close to 12 months.He returned to the starting line-up in May for the Blues and impressed with his performances. His good form continued with Auckland in the 2019 Mitre 10 Cup when he helped the side into the semi-finals.

Devan Flanders
Age: 20
Province: Hawke's Bay
Flanders was a member of the Hastings Boys' High School first XV which won the national title in 2017. He went on to be awarded the Jerry Collins Bronze Boot for his performances for the New Zealand Schools team the same year. The loose forward was also a member of the New Zealand Under 20 in 2018 and made his provincial debut for Hawke's Bay.

Jonathan Taumateine
Age: 23
Province: Counties Manukau
Taumateine has taken the opportunity to move south after previously representing the Chiefs.The former Samoa and New Zealand Under-20 representative has impressed in recent seasons with Counties Manukau. His strong passing game is complimented by his ability with ball in hand.

Kobus van Wyk
Age: 27
A powerful utility back who can cover the midfield as well as the wing, van Wyk will head to Wellington after featuring for the Sharks for the last three Super Rugby seasons. The former South Africa Under 20 representative has also played for the Stomers and had a short stint in the French Top 14 competition with Bordeaux.

Murphy Taramai
Age: 27
Province: North Harbour
North Harbour loose forward Murphy Taramai will be returning home to Wellington after he signed with the Hurricanes for the 2020 Investec Super Rugby season. The 27-year-old grew up in the capital and attended Upper Hutt College where his sporting prowess was widely recognised. He shifted across the Tasman to take up a contract with the Penrith Panthers but returned to New Zealand where he played for Wellington before shifting to play for North Harbour.