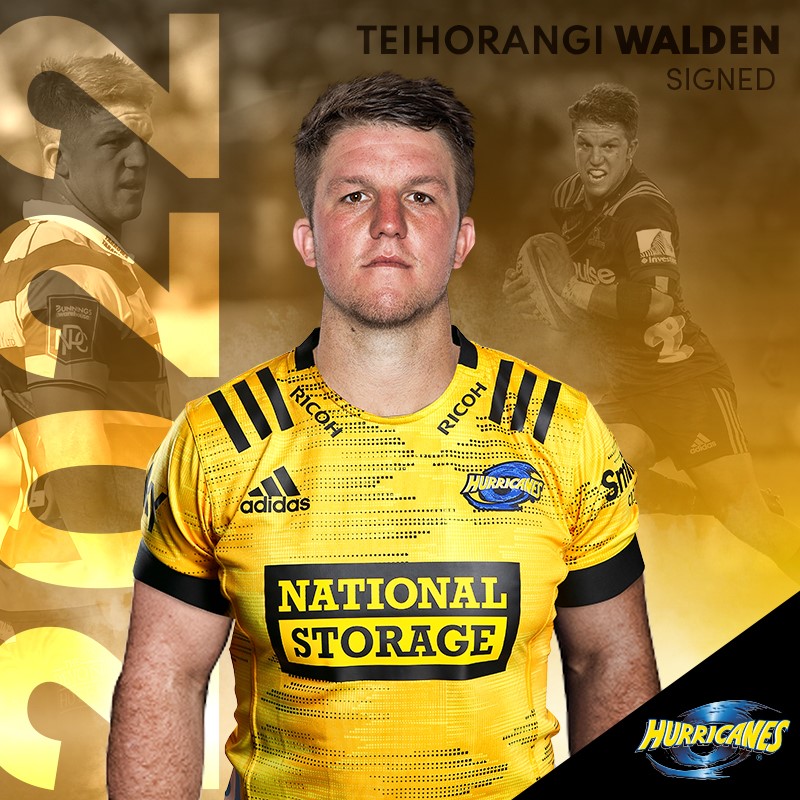 Midfielder Teihorangi Walden Signs With The Hurricanes for 2022

Strong running midfielder Tei Walden, 28, is heading to the capital after putting pen to paper to join the Hurricanes for the 2022 Super Rugby season.

Walden grew up in Taranaki and was Head Boy at Francis Douglas Memorial College before moving to Dunedin to study.

Making his debut for Otago in 2013, Walden played 47 games for the southern province.

Walden continued playing for the Highlanders until the end of the 2020 season but his provincial heart has seen him return to his home province Taranaki for the NPC since 2018.

Head coach Jason Holland said that he was delighted to bring Tei into the Hurricanes environment for the 2022 Super Rugby Season.

“Tei is a player we have watched for a while. He has come back in great nick from an Achilles injury and will be a great addition to our group.”

“He has a smart rugby brain and a complete skill set for a midfielder. Tei has played a lot of Super rugby and we think he will be influential on and off the field.”

For Walden, getting the call up for the Hurricanes was a welcome opportunity.

“Growing up in Taranaki I was always a Hurricanes supporter and was fortunate enough to play for the Hurricanes school boys' team as a youngster."

“After being side-lined with an injury last season I am really looking forward to the new challenges ahead and can’t wait to get down to the capital and link up with the boys.”

“It is a pleasure to be joining such an exciting playing group and management team at the Hurricanes. There is a great balance between impressive young talent and experienced players within the team and I hope I can add some value to the environment. I am looking forward to testing myself and growing my own game.”