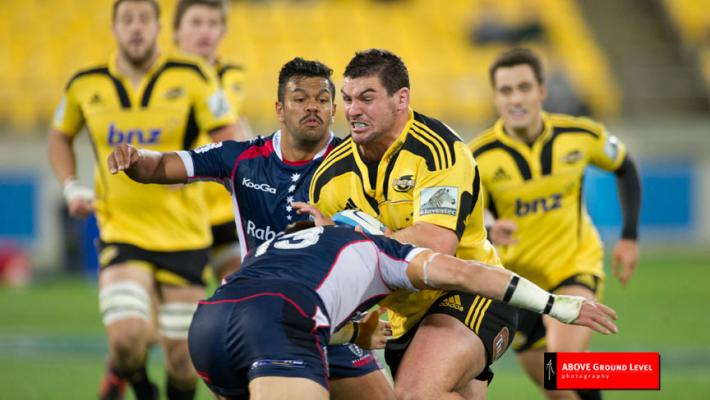 May makes welcome return to Hurricanes

Popular prop Ben May will return to the Hurricanes tomorrow as a replacement player for the unavailable John Schwalger.

The 32-year-old has been in Japan with the Fukuoka Sanix Blues since 2013, and is stoked to be coming back into the Hurricanes set-up for 2015.

"It's a great opportunity for me to come home. I still have that hunger to play top quality rugby and I'm feeling fresh and ready to go," he said.

Having been at the Hurricanes during the 2012/13 seasons, May is familiar with a number of guys in the team and said he couldn't wait to get back and have a good catch up with the boys.

With 65 Super Rugby caps to his name, May had stints with the Crusaders and Chiefs before joining the Hurricanes in 2012. He said while it seemed as though he'd been around a while, he still had plenty to give.

"I'm not ready to retire yet, so you bet I'm ready to make an impact.

"I've got a bit of experience, but really I'm just keen to get stuck in, do my job and play the best I can. Off the field, I like to be a good team man, and I'm really excited to be returning to the Hurricanes. I loved it last time."

Hurricanes chief executive James Te Puni confirmed discussions on May's return from Japan had been playing out over the last month.

"Ben was a firm favourite with Canes' fans and really delivered on the field for the coaches during his two years at the club. Losing John Schwalger is a blow, but we are very pleased to secure such a high quality replacement in Ben for our 2015 campaign."

Hurricanes technical advisor, Richard Watt, said May's return had been embraced by everyone in the camp.

"He has the ability to play both sides of the scrum which is a huge plus for us. He made a huge contribution the last time he was here, and he's very experienced, which you can never have enough of at this level.

"Ben's very well respected and liked by the boys, he brings with him a lot of character, and we're really looking forward to having him back in our group."