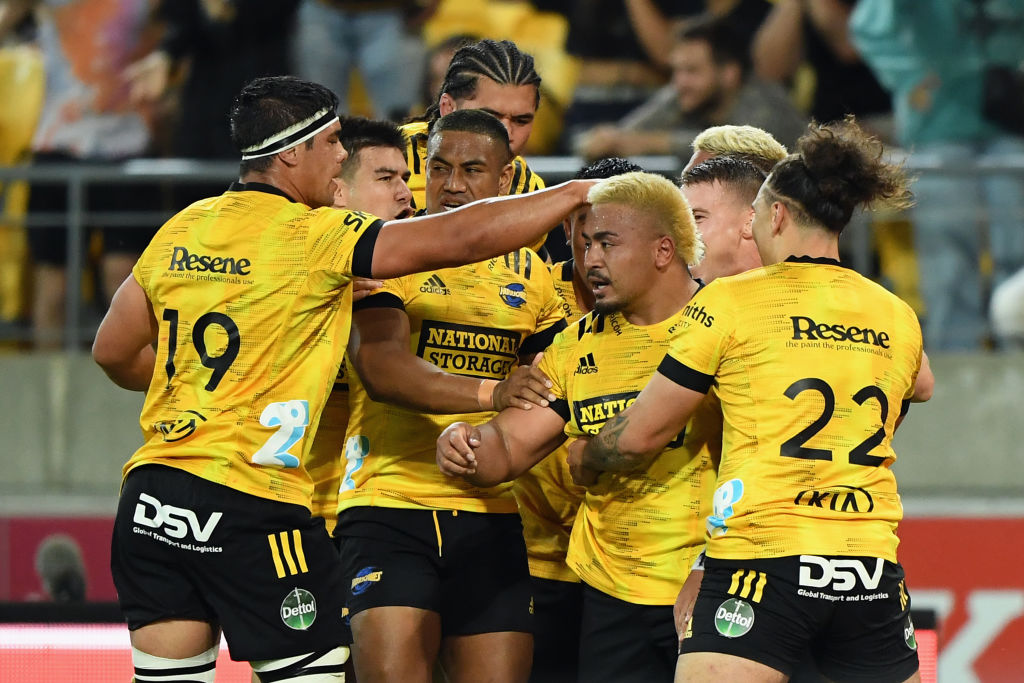 Viewers were treated to plenty of action from kick-off, with a try to both the Blues and the Hurricanes within the first six minutes of play.

Flanker, Dalton Papalii, drew first blood when he picked up a deflection from Vaea Fifita’s chest and made a break for the line.

Minutes later some strong running courtesy of Ngani Laumape and Vaea Fifita set hooker Asafo Aumua up to break a tackle, go to ground without being held and then thrust himself over the chalk.

Just before halftime, Jordie Barrett slotted two mammoth penalties from 50 metre mark and then at the 45-metre mark to give the Wellingtonians a slim 11 – 7 lead heading into drinks.

The second half is where momentum slowed, with the Blues regaining their lead via a Caleb Clarke.

Aumua wasn’t done with scoring for the night, showcasing his explosive power by breaking away from a maul and charging over the line to score an impassioned try.

A penalty goal with six minutes to go saw the Aucklanders go eight up, before Rieko Ioane sealed the deal with a 60-metre dash for the line.

The Hurricanes now turn their focus to a fixture against the Crusaders in Christchurch next Sunday.