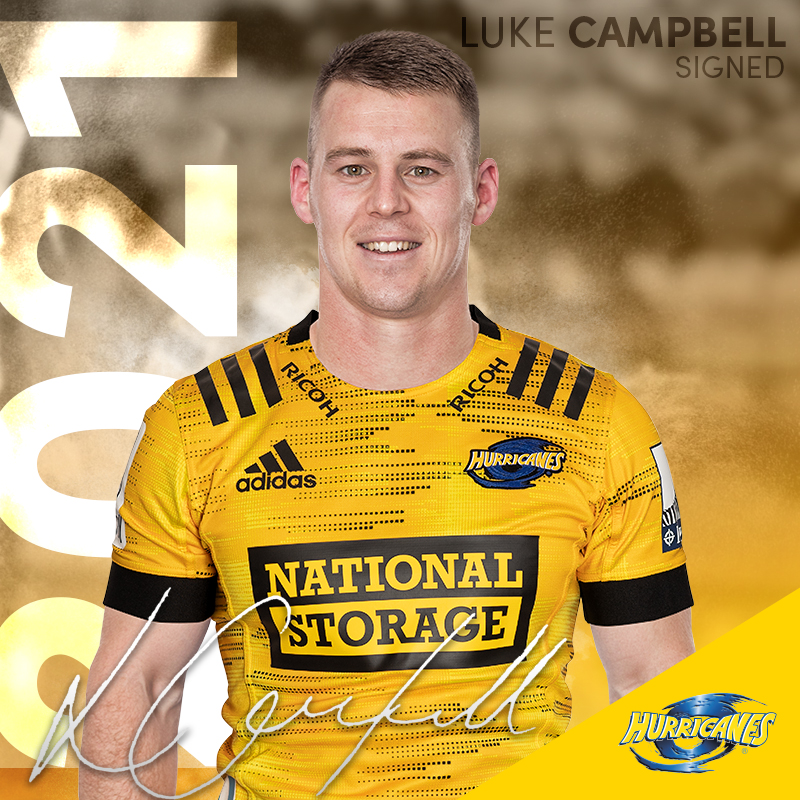 Luke Campbell signs with Hurricanes for 2021

Bay of Plenty Steamers halfback, Luke Campbell, will return home to Wellington for 2021 to take up a contract with the Hurricanes.

The 25-year-old left the capital four years ago to play Mitre 10 Cup rugby, with the hope to one day pick up a Super Rugby contract but says to achieve the goal with his hometown team is a surreal feeling.

“It’s hard to describe how it feels, but it really is a dream come true. The decision was an easy one, being from Wellington I grew up supporting this team and always wanted an opportunity to be a part of it,”

“It all happened pretty quickly; Jason Holland called me a few weeks ago to get my thoughts on potentially moving back home and a week later he called to offer me the spot and I didn’t hesitate to take it.”

With co-captain TJ Perenara bowing out of Super Rugby for 2021 to take up a contract in Japan, Campbell’s signing adds another halfback option to the mix alongside Jonathan Taumateine, and Jamie Booth who aims to return from injury in the latter half of the season.

Hurricanes head coach, Jason Holland, is excited about the new talent feeding into the squad.

“Luke has impressed as a quality 9 with all the skills required for super rugby.  His consistency of pass and kick will be vital to how we want to play the game.”

Campbell says breaking the news to his family and friends that he was coming home was special and full of emotion.

He’s hoping to make the most of the opportunity.

“I’m really looking forward to the opportunity to become a Hurricane and to step up to the next level and test myself against the best in the country. I’m also looking forward to moving back home, linking up with some old teammates from school and grade footy including James Blackwell, Wes Goosen and Jackson Garden-Bachop and to represent my family and friends.”