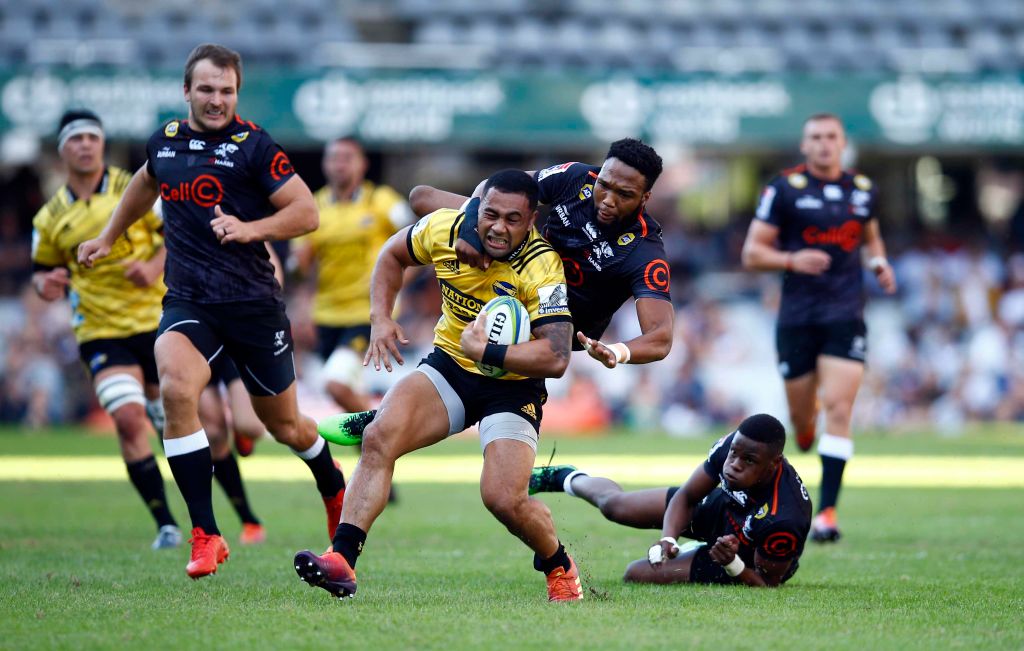 Long wait for win at Durban over for Hurricanes

Hurricanes head coach John Plumtree had a successful return to his former long-term home after his side beat the Sharks 30-17 at Durban's King's Park on Sunday morning (NZ time).

Plumtree had a long and distinguished playing career on the South African coast before stamping his mark as a coach of the Super Rugby and Currie Cup side before eventually returning to his native New Zealand.

The venue has not been kind to the Hurricanes, however, their last win coming there back in 2005.

That changed in the round 16 match off the back of a good first half when the Hurricanes took the chances they created.

None more so than the impressive Ngani Laumape who scored his 10th try of the year, the second of the game for the Hurricanes after Jordie Barrett had crossed first.

Add in penalties to Beauden Barrett and the Hurricanes had a comfortable 20-3 lead with just a couple of minutes left of the first half.

The Sharks crossed just before the break and then added a second try early in the second half as they closed the gap to 20-17.

The Hurricanes kept their composure and finished the match stronger with a nicely finished try to wing Wes Goosen off the back of some excellent play from Ben Lam.

Unfortuntely for the Hurricanes they lost flanker Vaea Fifita to a red card for a high tackle while Matt Proctor also suffered what looked like a shoulder injury.

There were plenty of stand-out performers for the Hurricanes, none more so than Ardie Savea who won numerous turnovers throughout the match.

"We came out and played really well but the Sharks ended up coming back into it and it was a battle towards the end," Savea said.

"I'm just really proud of the boys for how we got the win in the end."

Join the Hurricanes for Fan Appreciation Night on Saturday June 15 at Our House, Westpac Stadium! Use code THANKS to secure 30% off Adult tickets when clicking HERE.