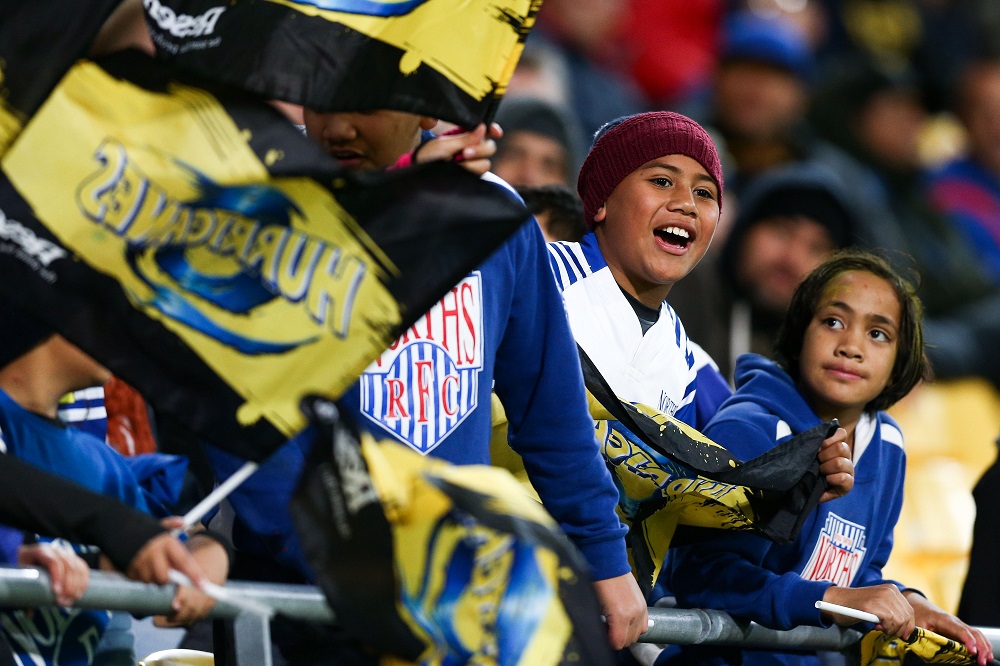 Thousands of juniors involved in sporting codes right across the Wellington region will help the Hurricanes support its third annual ‘club night’ at Westpac Stadium next week.

The Hurricanes will meet the Jaguares in an Investec Super Rugby match on Friday, May 17, when the seats of the stadium will be filled with junior players from Cricket Wellington, Netball Wellington, Tennis Central and Capital Football.

Working together with Sport Wellington, the Hurricanes reached out to sporting codes after two successful years inviting junior registered rugby players to take up an offer of a free ticket to the match on club night.

While registered junior rugby players from Wellington, Horowhenua Kapiti, Wairarapa and Manawatu will also have access to free general admission tickets, the Hurricanes believed it was also important to recognise and include many other sports.

“We see the fantastic work that everyone does at clubs throughout our region and right across the country,” Hurricanes chief executive Avan Lee said.

“We want to include as many juniors as possible while also encouraging parents and volunteers to come along and be part of a special night.”

To help those parents and volunteers also get to the game, the Hurricanes will have general admission adult tickets priced at just $15 and available from www.ticketrocket.co.nz when using the code CLUBNIGHT.

Rugby clubs throughout Wellington have also been given codes to receive discounted tickets with the top selling club set to receive complimentary tickets to the Blues match at Westpac Stadium on Saturday, June 15.

Club night is not just about juniors, though, with everyone heading to the game encouraged to wear their ‘club colours’ for a chance to win a Hurricanes jersey live on the big screen.

There are also plenty of other incentives to head along to the stadium with a curtain raiser between Northern United and Oriental Rongotai, a repeat of last year’s women’s premier grade final, the curtain raiser.

“It’s fantastic that we can have two really good sides add to the occasion and it’s special for women’s rugby in Wellington given this year marks 30 years of women’s rugby being played in the region,” Lee added.

Add in a host of Rippa Rugby matches and the popular halftime club relay and it promises to be a night of colour, club pride and exciting rugby.