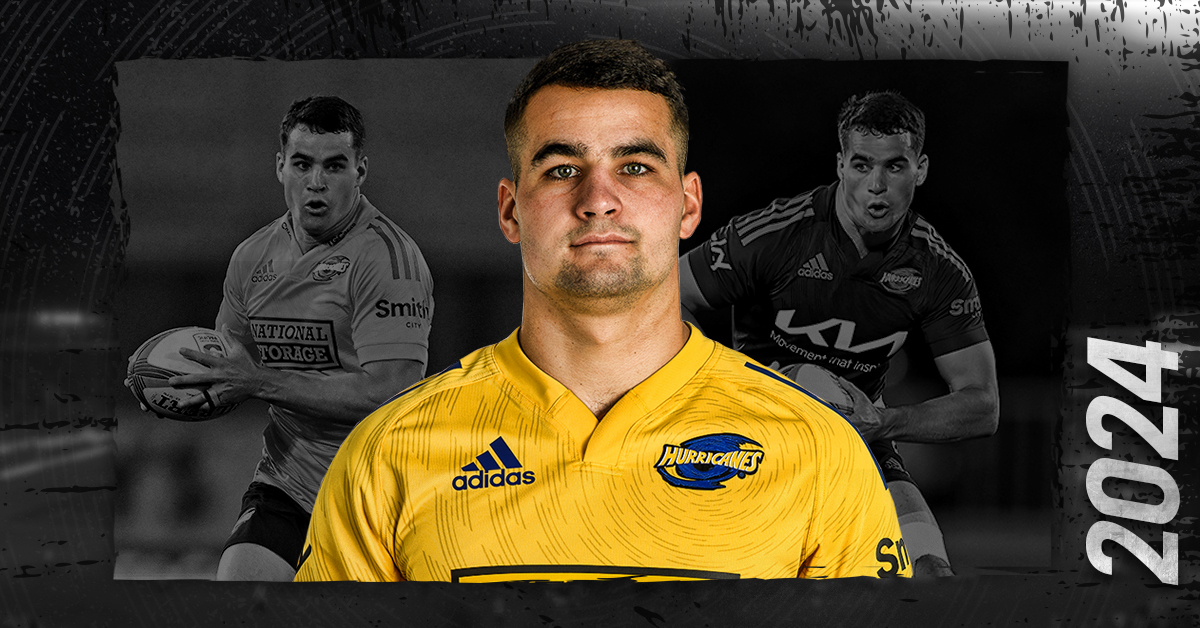 The Hurricanes today announced that Moorby has recommitted to the Hurricanes through 2024, just days after being named in the Māori All Blacks squad to take on Ireland.

“I’m excited to be returning to the Hurricanes next year. The opportunity to represent the Club once again is very special,” said Moorby.

“I’ve learnt a lot in the [Hurricanes] environment this year, so I’m looking forward to building on that, and running out with my teammates in front of our home fans in Wellington. I can’t wait to get stuck in and show what we are capable of in 2023.”

Since making his Hurricanes debut against Moana Pasifika in March, Moorby crossed the chalk nine times including an impressive hat-trick against the Fijian Drua, and set the Hurricanes record for the most tries scored in a debut season.

In eight starts and two outings from the bench, Moorby quickly earned the trust of the Hurricanes coaches with his strong, elusive running game, establishing a regular starting spot.

“Moorby was one of our final signings last year. Obviously, we were excited by a couple of little bits we saw back then, but he’s come in with an unbelievable attitude to getting better. He wasn’t in our starting group at the beginning of the year, but he’s taken every opportunity thrown his way,” said Head Coach, Jason Holland.

“He's achieved some pretty awesome things for a guy in his first year of super footy and he’s going to be a big part of what we do going forward."

"Selection at 15 in the biggest games at the business end of the season shows where he’s got to. He was doing some pretty awesome things for us, adjusted his game to fit into how we wanted to play, and he got the rewards for that.”

“Moorby is an awesome signing, an awesome man, and we’re happy for him,” said Holland.

Moorby, 23, attended Hamilton Boys' High School before making his name at NPC level with the Southland Stags. He spent part of the 2021 season with the Highlanders, before joining the Hurricanes on a full-time basis in 2022.

After three years with the Stags, the talented outside back heads to Northland, where he’ll join the Taniwha for the 2022 Bunnings Warehouse NPC.

In 2019 Moorby was named in the All Blacks Sevens Development squad.