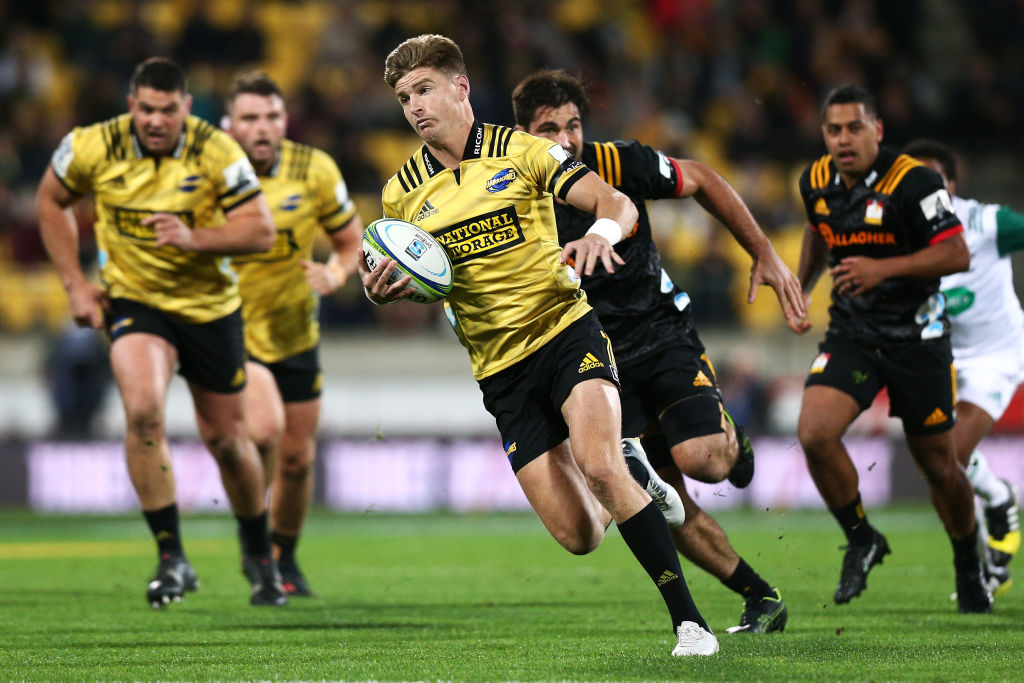 Jordie Barrett commits to Hurricanes until 2022

Jordie Barrett will remain in Hurricanes colours after announcing today he had signed with the club until 2022.

Barrett, 22, has made 48 appearances for the Hurricanes since he made his Investec Super Rugby debut in 2017 against the Sunwolves in Tokyo.

Since then he has become an integral part of the squad with his natural talent and ability to cover a wide range of positions.

His goal kicking has also become a valuable asset for the Hurricanes as he amassed 261 points, despite being the back-up kicker to record club points holder and older brother Beauden.

Barrett said the decision to stay at the Hurricanes was made easier by the fact he believed the club was in a really strong position at the moment and has great potential for the next few years.

"There is a really good mix of youth as well as experienced leaders in the squad and I feel like this is the best place to develop my game," he said.

Barrett said he still has a strong desire to play Super Rugby alongside his brothers at some point of his career but when that would happen remains unclear.

Hurricanes head coach John Plumtree was delighted Barrett had made the decision to stay at the club.

"He is obviously a really key individual in our squad and we are really looking forward to growing his game even further in our environment," he said.

"We want to really develop Jordie as a leader and he will be a key driver in our team for the next three seasons. He is going to play a big role on and off the field for us."

Hurricanes chief executive Avan Lee was also thrilled by Barrett's decision which would be welcomed by all of the club's fans.

"Jordie has become a big part of the Hurricanes over the last three seasons and we all wanted that to continue and we are delighted it will," he said.

"I know all the coaching staff and his team-mates will also welcome his decision and we really look forward to seeing him back at the Hurricanes at the end of the year as we prepare for an exciting 2020 season."