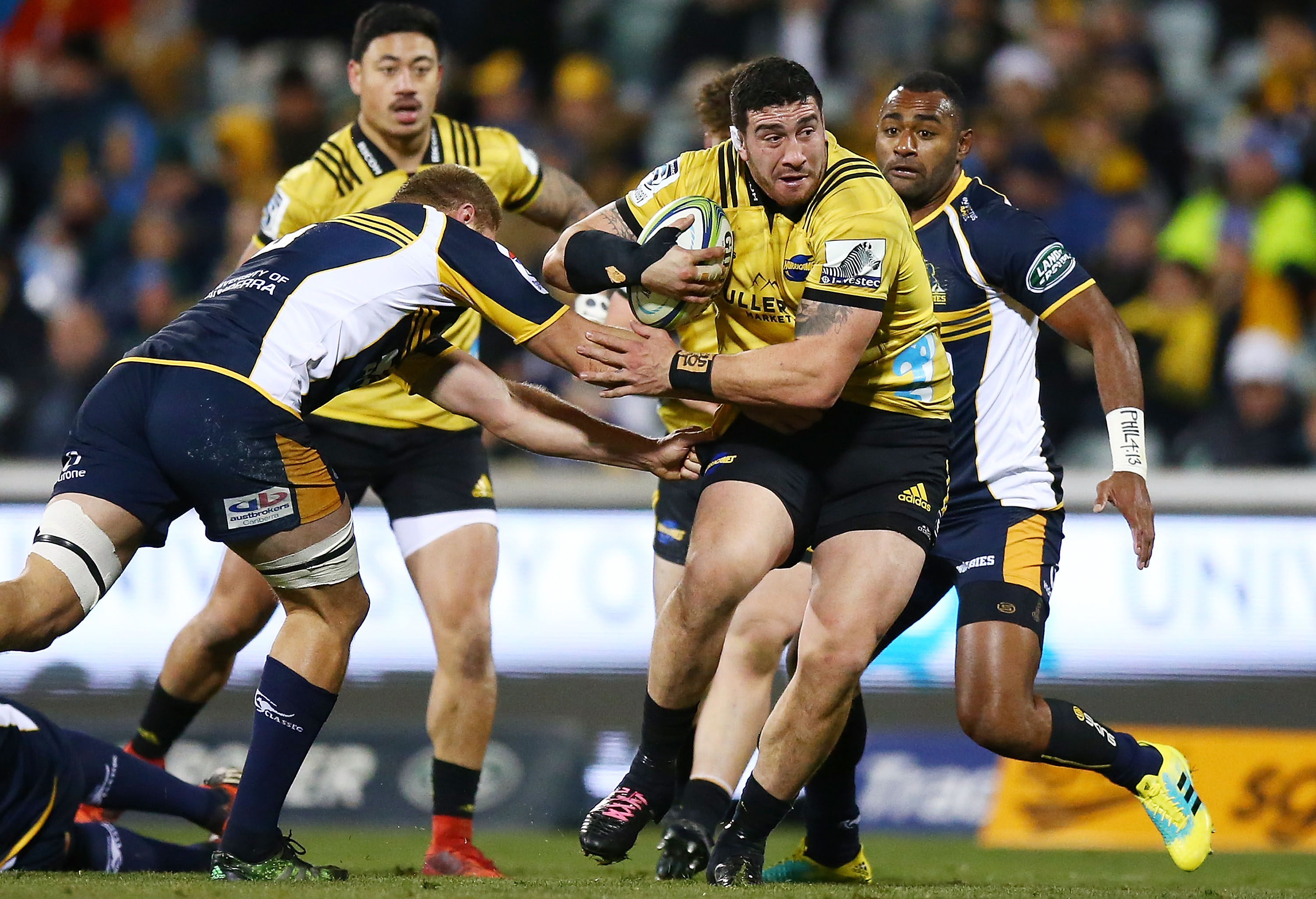 Jeff Toomaga-Allen to start in his 100th Super Rugby match

Popular Hurricanes prop Jeff Toomaga-Allen has been named to start in Friday night's highly anticipated quarter-final against the Chiefs at Westpac Stadium in what will be his 100th Investec Super Rugby match.

Toomaga-Allen, who brought up his 100th match for the club last week in Hamilton, will become just the 15th Hurricanes player to reach the milestone.

The 27-year-old made his debut for the Hurricanes in 2012 against the Stormers alongside long-time teammates Ben May, TJ Perenara and Brad Shields.

He will be the fourth player this season to reach the mark after Beauden Barrett, Perenara and Shields.

Captain Brad Shields has been bracketed to allow him as much time as possible to get over a rib injury while Gareth Evans will start in the No 7 jersey in place of Sam Henwood.

There are minimal changes in the back line, although Boyd has moved Jordie Barrett to centre to allow the return of crowd favourite and centurion Julian Savea to the starting XV.

Savea will be on the right wing with Ben Lam on the left as Nehe Milner-Skudder moves to fullback as the Hurricanes prepare to face the Chiefs for the second straight week after the two sides played out an exciting 80 minutes in Hamilton.

Wes Goosen, who has been recovering from the head knock he suffered last week, has been bracketed on the bench with Jonah Lowe while the squad has been further strengthened by the return from injury of All Black Vaea Fifita.

Boyd said the squad was delighted to have another opportunity to play in front of their home fans and believed the Hurricanes could deliver a performance good enough to keep their season and title hopes alive.

He has been impressed with the way the squad has prepared in the build-up to the match and could sense the excitement levels growing by the day.

Hurricanes fans are being urged to purchase their tickets early from www.ticketdirect.co.nz to avoid potential long queues on match day  and to access best available seating.

Kick-off at Westpac Stadium is 7.35pm.