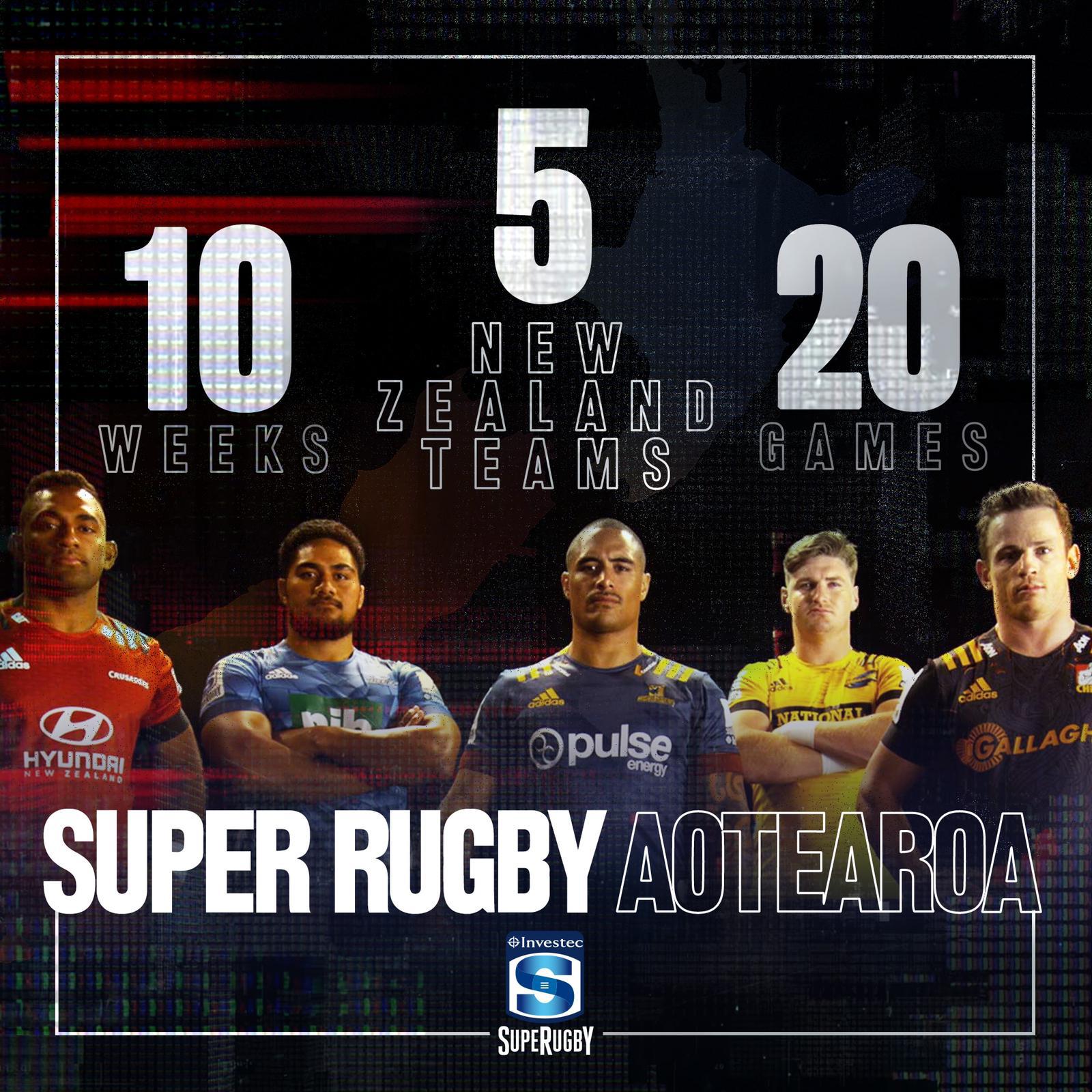 The New Zealand-based competition will see the country’s five Super Rugby clubs playing each other home and away over 10 weeks, with two matches every weekend at 5.05pm on Saturdays and 3.05pm on Sundays.

Head coach, Jason Holland, said the squad cannot wait to get back training and playing together.

“It’s fantastic news that we will be back into training come Monday, 18 May. I know the team is really looking forward to being in the Hurricanes environment again – and the same goes for coaches and management.”

From the outset, New Zealand Rugby has taken the Government’s lead around a safe return to the game, ensuring everything possible was done to mitigate the further spread of COVID-19.

NZR Medical Manager Karen Rasmussen said a set of protocols for playing rugby at level 2 had been developed and will be endorsed by the Government.

She said the protocols include daily symptom and temperature checks, stringent hygiene and cleaning practices, contact tracing, and asking anyone who feels unwell to stay away, self-isolate and get tested.

“A major factor will be ensuring we control who enters the team bubbles and that we have necessary measures in place to mitigate against any risk to the players’ health, as well as the health of their families and the wider community,” said Rasmussen.

“Team members will be asked to minimise their contacts outside of the team environment and their family bubbles.”

The teams will also fly in and out on match days by charter flights, which is the reason for the earlier than normal kick off times.

Despite the tournament being played behind closed doors, the Government said it may review those restrictions at some point throughout the season.

Hurricanes CEO, Avan Lee, said the tournament will be a vastly different experience for the team and fans alike.

“It’d be fantastic to see fans allowed in the stadium to some capacity throughout the tournament, but safety has to be the top priority. We want to sincerely thank all our members and partners for how incredibly patient they have been as we’ve worked through the impact of COVID on our season.

The Hurricanes will play their first game against the Blues in Auckland on Sunday, June 14.

“We’ve got five world-class teams going head-to-head for 10 weeks. I know the time off rugby has given our players a lot of time to miss the game, and they’re hungrier than ever to make an impact and bring home some great results.

The protocols that New Zealand Rugby and the five Super Rugby clubs will adhere to so as to mitigate the further spread of COVID-19 include:

The Hurricanes have edged a thrilling 27 – 24 win over the Chiefs in Hamilton.

It’s the first time the Wellington-based Super Rugby team has had a...