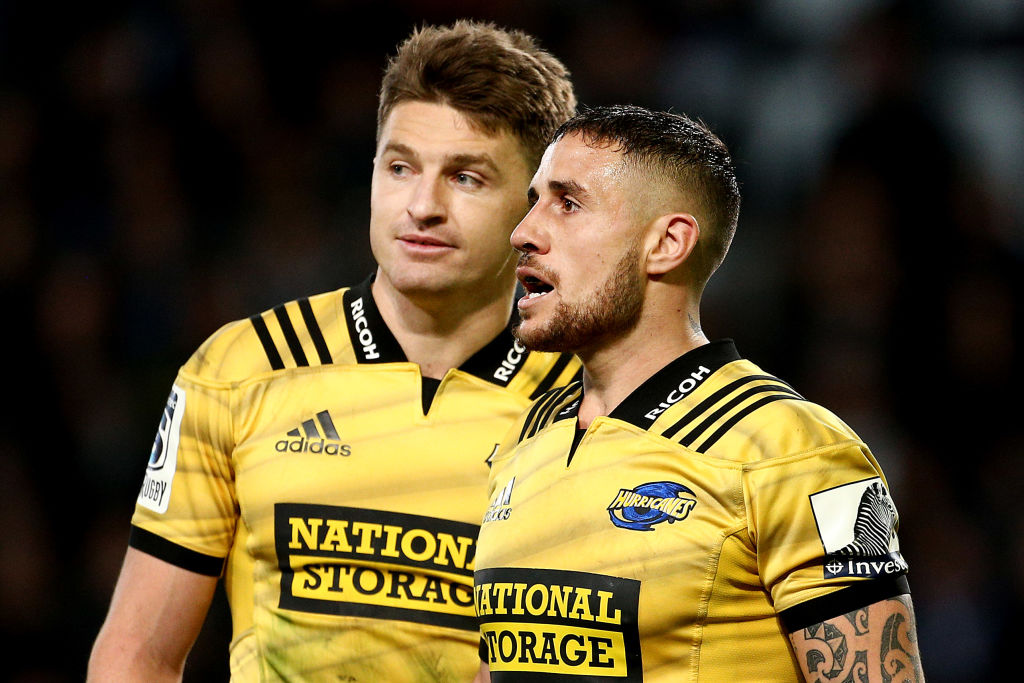 Record Hurricanes points scorer Beauden Barrett is among a trio of front line players who will return to the starting line-up for Saturday's Investec Super Rugby derby match against the Chiefs in Wellington.

Barrett, along with younger brother Jordie and in-form loose forward Ardie Savea, missed last week's 29-23 win over the Sunwolves in Tokyo but have all been named to start against their New Zealand rivals.

The trio are part of five changes Hurricanes head coach John Plumtree has made to the run-on side.

The others are up front where Asafo Aumua starts at hooker while lock Kane La'aupepe returns after he missed the Sunwolves match due to illness.

Jordie Barrett will start at fullback with Chase Tiatia moving to the wing in place of Ben Lam who suffered a minor leg injury in Japan.

Lam's absence has also seen a change on the bench with specialist wing Salesi Rayasi named in the reserves.

Plumtree said the onus was on the squad to improve on some aspects of their play as they faced another tough New Zealand derby.

"We know the character the side is showing us each week and we know we can get better and we will need to be against the Chiefs," he said.

"The squad is really excited about getting back to Our House at Westpac Stadium after a few weeks away and we want to put a performance together that we and our fans are proud of."


Kick-off at Westpac Stdium on Saturday is 7.35pm.

Join the Hurricanes at Our House, Westpac Stadium for Deby Night on Saturday April 27 against the Chiefs. Use code DERBY to secure a $30 Platinum Uncovered Adult ticket (usually $43.50). Click HERE to purcahse tickets!

300 Adult fans (over 18 years) receive a complimentary Tui / Hurricanes bucket hat from the yellow booth at 6.30pm on game night.