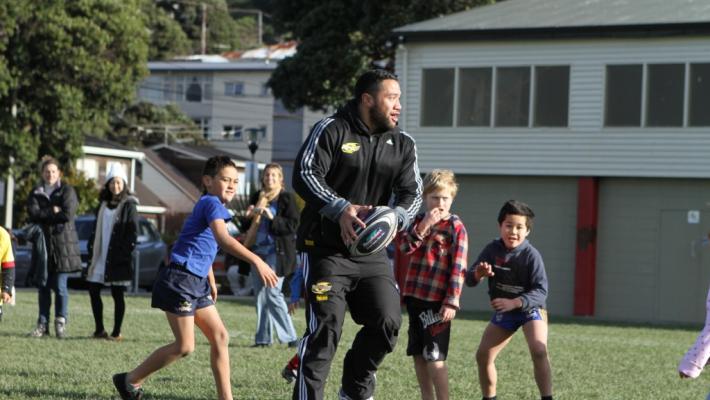 For the sixth year running, members of the Hurricanes are heading across the pacific to promote an anti-violence programme in the islands.

It's a message more than 60 New Zealand Rugby players have pushed across Guam, the Cook Islands, Samoa and Tonga over the past six years, with the Hurricanes having significant involvement during this time.

As a joint initiative between the New Zealand Aid programme, New Zealand Police, and police from five Pacific Island nations, the players will work with young men and women in Vanuatu, as well as share their passion for rugby through coaching and skills sessions.

Hurricanes personal development manager, Steve Symonds, has been involved with the programme since it started and said the anti-violence message was one that was close to the players' hearts.

"Rugby is a hard game and you have to be tough on the field, but the message is that there is a time and place to be aggressive and that is not at home with your family.

"The players are particularly looked up to by young men and boys, and it's these kids we want to reach with that message."

Symonds said part of the professional rugby environment was to also help the personal development of players so they can transition to a good working life post their rugby career.

"Developing opportunities like the PPDVP presents the players with challenges that will impact on them and grow them," he said.

"They are required to speak publically, coach, inspire, lead themselves and others, plan, adapt to new cultures, and they are educated on the issue of domestic violence. We see great growth and development in the players who complete these trips."