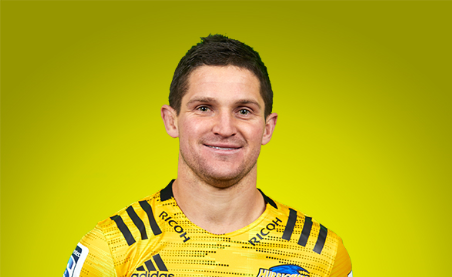 The Hurricanes backline is set to be bolstered with the signing of first-five Simon Hickey.

Originally from Auckland, the 26-year-old made a name for himself as the Captain of the Kings College 1st XV, a NZ schools representative and the captain of the NZ Under-20s team.

Whilst he made a debut for Auckland in 2012 and the Blues in 2014, Hickey’s career has been split between France and then Scotland for the last five years.

He returned home just before the COVID-19 pandemic with the ambition of playing Super Rugby again - a goal he’s elated to have achieved.

“I enjoyed my time playing overseas, but it’s great to be back in NZ. I think this is the best place for me to reach my potential as a player and have a lot of fun in the process.

“I’ve missed my family and mates too, so it’s really nice to be back and around them.”

Despite only attending his first team training at Rugby League Park yesterday, Hickey says he is already enjoying the environment.

“It’s a strong club with some awesome players and coaches, so I’m excited to learn.”

“Simon is a 10 who has come through NZ development system and has northern hemisphere experience. He is an excellent kicker of the ball with a great rugby brain. We are looking forward to his contributions both on and off the field”

Hickey has signed on to the Hurricanes until the end of 2021.