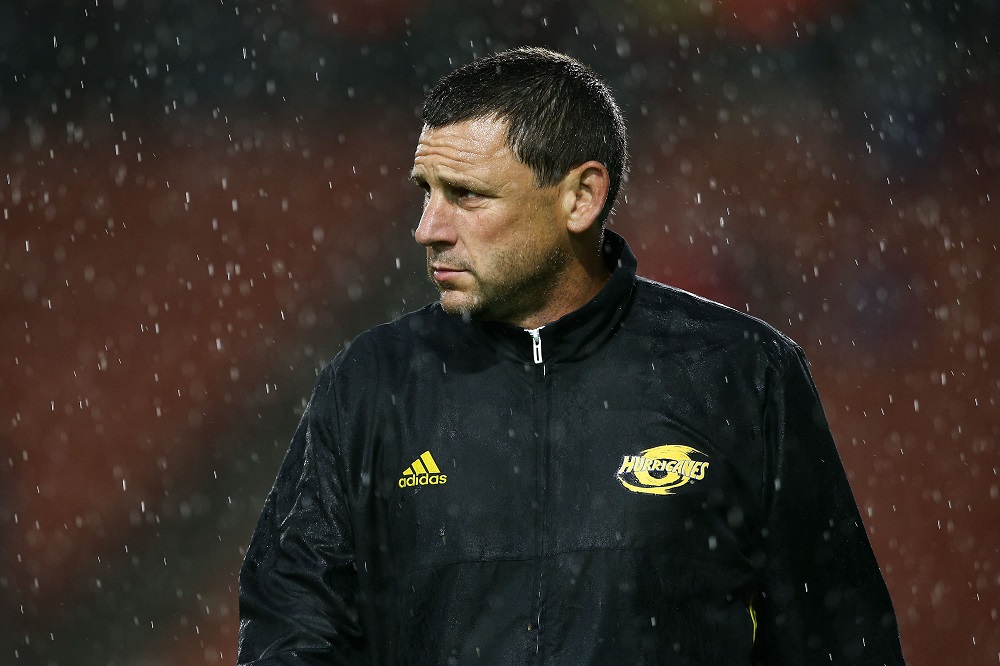 Jason Holland has been promoted to Hurricanes head coach after John Plumtree’s elevation to the All Blacks coaching team.

Holland, who has been a successful and widely respected assistant coach at the Hurricanes since 2016, takes over his new role with immediate effect.

The 47-year-old has helped the Hurricanes make the Investec Super Rugby play-offs in every season he has been involved with the club, first as an assistant to Chris Boyd and then with Plumtree at the helm in 2019.

The former Manawatu and Taranaki representative enjoyed a successful playing career in New Zealand before he made 102 appearances for top Ireland club Munster between 1999 and 2008.

His coaching career started in Munster before he returned to New Zealand where he was an assistant at Canterbury before moving to the Hurricanes.

“I’m delighted to be offered the opportunity with a team I am really passionate about, Holland said.

“We are obviously thrilled for Plum [Plumtree] who has deservedly been afforded an opportunity with the All Blacks and we have been working hard over the last few weeks to make the transition seamless for the squad who are thrilled for him, as well.”

Cory Jane, who made 123 appearances for the Hurricanes between 2007 and 2017, and has made a successful move into coaching with the Wellington Lions, has joined the management team as defence coach on an initial two-year contract.

“CJ had a superb career as a player and we have seen him develop over the last few years as a coach.  He did a great job as assistant coach with Wellington and we are excited about what he will bring to the group,” Holland added.

Plumtree said he would leave the Hurricanes safe in the knowledge the coaching team would be able to implement and deliver the plans they had put in place for the 2020 season.

“It’s not easy leaving a club I love, but I am convinced Alfie [Holland] is going to do a fantastic job with help from Carlos Spencer, Chris Gibbes, Dan Cron and CJ. Alfie is an exciting young coach who the players really respond to and he has great support around him.”

Hurricanes chief executive Avan Lee said it was obviously sad to see Plumtree leave the club but he was delighted he had been given the chance to further showcase his ability and talent with the most successful international rugby side in the world.

“He has been extremely important to the Hurricanes and has grown a lot of people, not only the players but all of our high performance staff, during his time here,” he said.

“He has forged an important chapter of our history and we expect him to carry on that excellent work with the All Blacks. We wish him all the best and thank him again for the contribution he has made here.

“We are delighted that Jason Holland will be our new head coach. He has the full support of management, the players and New Zealand Rugby and I know he will continue to strive for success and produce the exciting brand of rugby our loyal fans enjoy.”