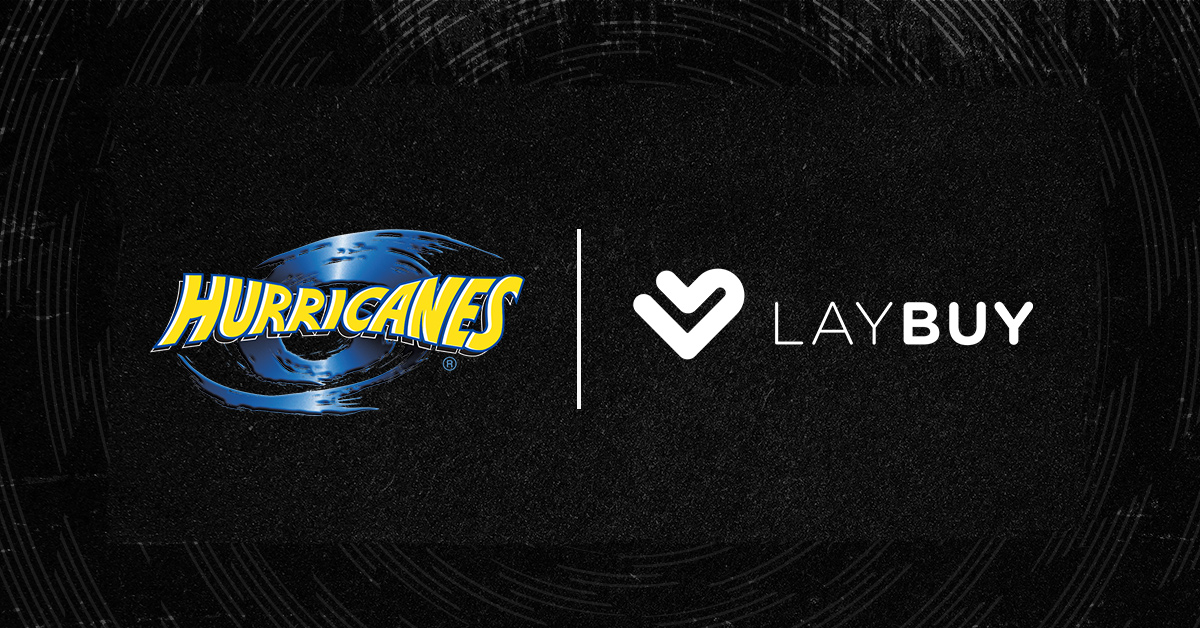 The signing of the agreement means Laybuy is now sponsoring all six New Zealand based Super Rugby Pacific teams, following the earlier signing of agreements with the Blues, Chiefs, Crusaders, Highlanders and Moana Pasifika.

Once integrated, the partnership will provide fans with an alternative payment option when buying match tickets, season memberships and Hurricanes merchandise.

Hurricanes CEO Avan Lee said he was thrilled to welcome Laybuy onboard as a new partner.

"We're excited to partner with Laybuy and extend the benefits of their service to our loyal fans.”

“This partnership gives fans the opportunity to buy their season memberships, one-off match tickets and merchandise, giving them more flexibility, and ultimately making it even easier to attend matches.”

Laybuy Managing Director Gary Rohloff says the partnership allows fans to spread the cost of their membership and merchandise over six interest-free weeks when they pay with Laybuy.

“We want to make it as easy as possible for Super Rugby Pacific fans to show their support and cheer on their favourite team. With help from Laybuy, fans can now fit match tickets or a new jersey into their budget by spreading the costs across six weeks,” says Rohloff.

“Best of all, with Laybuy you never pay interest, ever.”

“We know that Kiwis love their rugby, it’s in our DNA. That is why we are thrilled to be sponsoring every NZ based team in the Super Rugby Pacific competition. Not only will we be cheering them on from the sidelines, but we’ll be helping fill their stands because it doesn’t matter whether you are a fan in Whangārei or a fan in Invercargill, we can help you get to a game.”

The Hurricanes will be joining a growing number of world-leading sports teams sponsored by Laybuy, both locally and internationally, including Manchester United, Manchester City and Arsenal in the English Premier League.

“Sport helps bring people together, which is why we are delighted to be in a position to sponsor some of the world’s greatest brands,” says Rohloff.

Laybuy will soon be available for 2022 memberships – six home games at Sky Stadium and free home finals. Join us here.