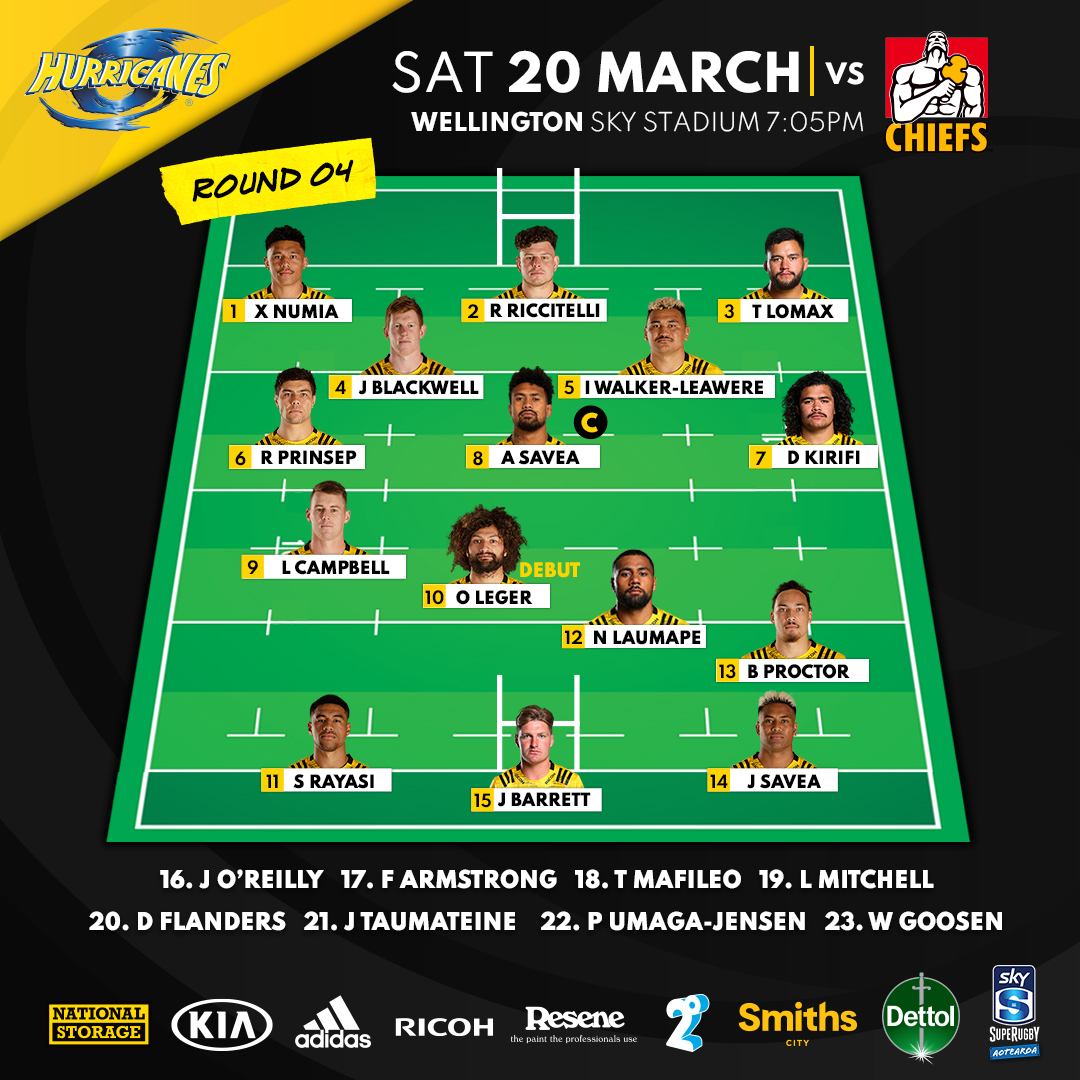 Hurricanes named for Round 4 clash against the Chiefs

Hurricanes debutant Orbyn Leger will start at first-five against the Chiefs, with Jackson Garden-Bachop unavailable due to the injury sustained against the Crusaders.

24-year-old Leger has gained experience at Mitre 10 Cup level playing for Counties Manukau since 2017. He has also previously played Super Rugby for both the Blues and, most recently, the Chiefs.

Up front, Xavier Numia, gets his first start of 2021, with Fraser Armstrong ready to add impact off the bench.

He’ll be joined on the pine by more firepower, including Peter Umaga-Jensen, Devan Flanders and Wes Goosen.

With both the Hurricanes and the Chiefs on the hunt for their first win of Sky Super Rugby Aotearoa, Saturday’s clash at Sky Stadium is set to be a thriller.