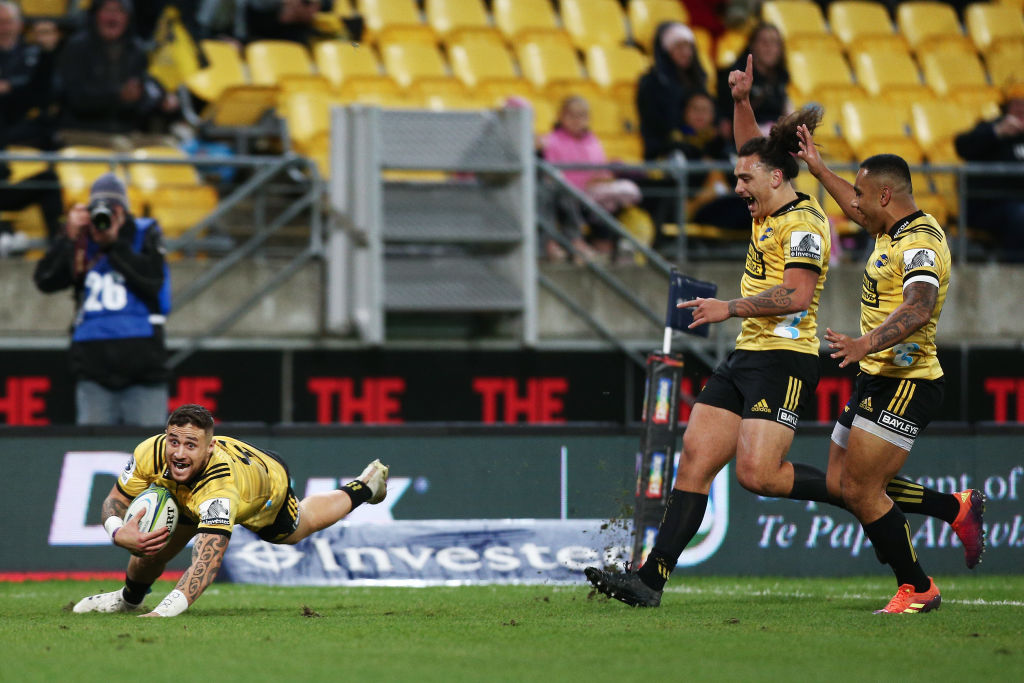 Hugely popular halfback TJ Perenara will become the most capped Hurricanes player when he starts in the Investec Super Rugby semi-final against the Crusaders in Christchurch on Saturday night.

Perenara will go ahead of former Hurricanes team-mates Ma'a Nonu and Conrad Smith when he makes his 127th appearance, eight seasons after he made his debut against the Stormers in Cape Town.

Since then the 27-year-old has gone on to score 53 tries, including five in 2019, for the Hurricanes, second only to the great Christian Cullen.

He will again partner fellow centurion Beauden Barrett in the inside halves, the 101st time they will combine in those positions.

The pair were instrumental in helping the Hurricanes edge the impressive Bulls 35-28 in their quarter-final win at Westpac Stadium and the performance of the side has prompted head coach John Plumtree to make just one confirmed change to the starting side.

That change is on the wing where Salesi Rayasi replaces Wes Goosen who aggravated a hamstring injury against the Bulls.

The bench features the return of utility forward Vaea Fifita from suspension while James Marshall has recovered from an elbow injury which ruled him out of the quarter-final late. The other change sees Xavier Numia replace Fraser Armstrong.

Plumtree said it was fantastic for Perenara to bring up such an important milestone in such a significant match.

"TJ has been a remarkable player and leader for the Hurricanes for such a long time and we know he shows that every time he goes out with the jersey on," he said.

"He will relish the challenge of going down to play the Crusaders and having a chance to play in a Super Rugby final. As a group we are all excited about the opportunity to go up against a side with such a proven history."

Kick-off at Orangetheory Stadium is 7.35pm.