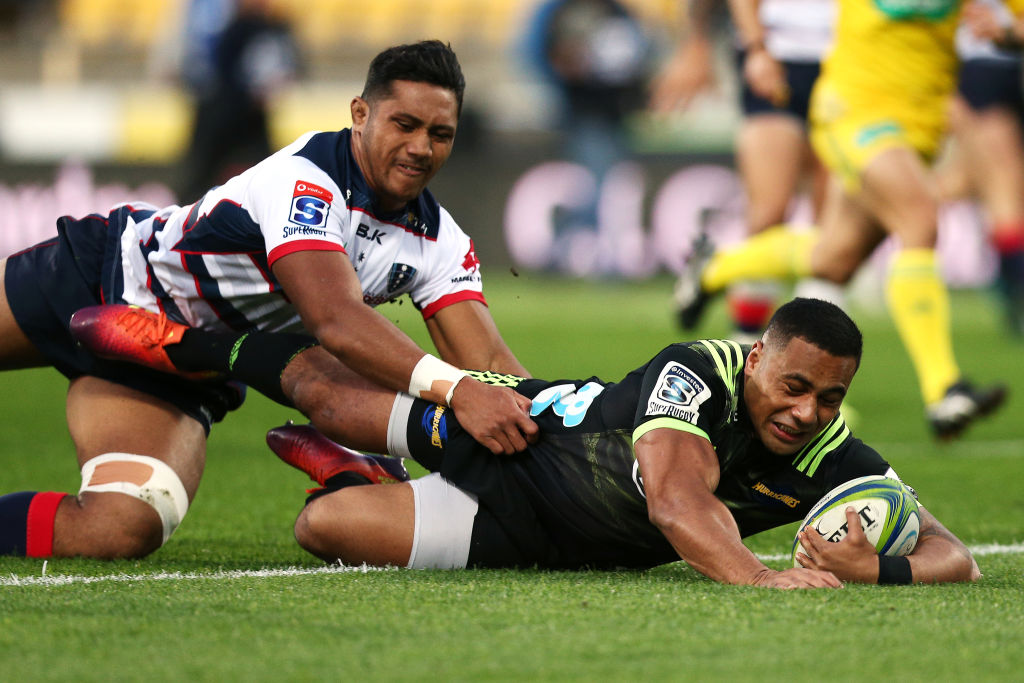 A classic game of two halves.

Ahead 26-0 after just 21 minutes after some excellent attacking play, the Hurricanes then had to withstand a determined comeback from the Rebels who suffocated the home side for long periods.

It had looked different in the opening quarter as the impressive Ngani Laumape bulldozed his way through some wanting defence to score near the posts.

It was Laumape's 36th try in just his 54th match for the Hurricanes as he again went to the top of the Super Rugby try scoring table for the season.

When Beauden Barrett finished off a really well thought out set play, Wes Goosen scored in the corner and Vaea Fifita barged over it looked like the Hurricanes were going to run out healthy victors.

It was a false dawn, however.

The Rebels got some territory and plenty of possession and they pounded away for 15 minutes of the first half without converting it into points.

They managed that in the second half, however, and had the Hurricanes under real pressure at 26-19 behind before Jordie Barrett landed a long range penalty.