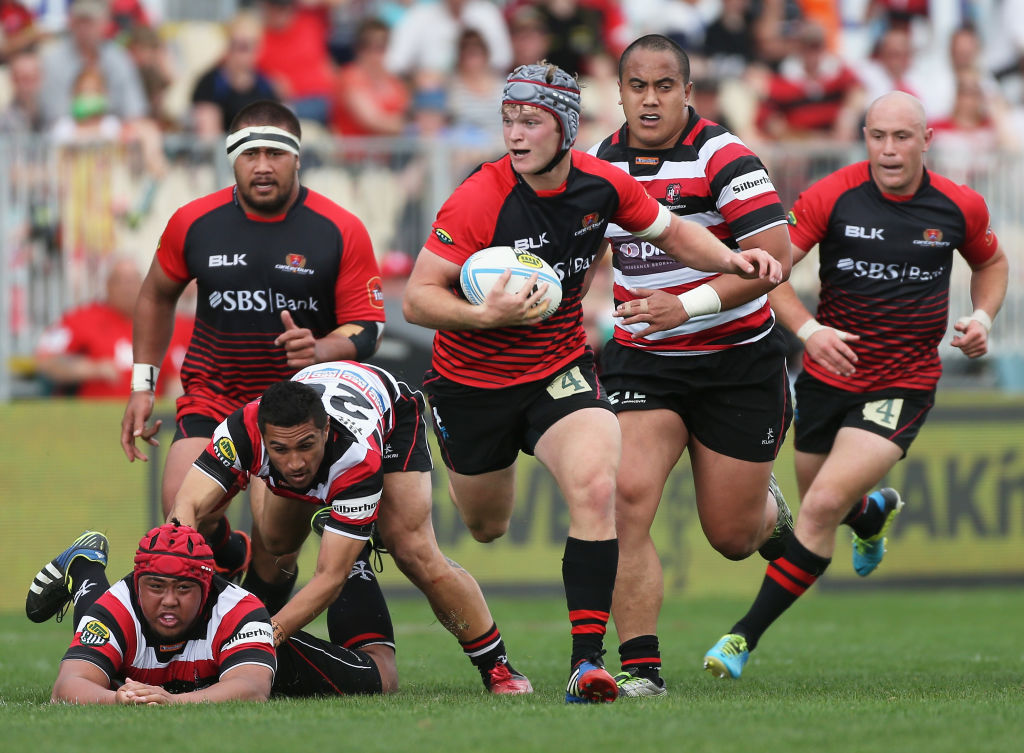 The 30-year-old has plenty of experience behind him, playing 21 games for the Crusaders, 32 for Canterbury and a further 62 for Munster - but says it’s time to return home for the next chapter.

“Becoming a part of a management team that wants to develop the talent in the Hurricanes squad and have them reach their potential as both men and rugby players is something I’m really looking forward to.”

“Being closer to our families is also an obvious benefit to moving home. We are excited for our kids to be able to connect with our families more often and it’s going to be a massive help for my wife and I as we get settled in after the big move. “

Bleyendaal says coaching has always been an interest of his and a profession he wanted to pursue in his post-rugby life.

After hanging up the boots, he started reaching out to connections for advice.

“It was a good way for me to gather some knowledge and have discussions about rugby and coaching in a time when I couldn’t be on the field physically coaching.”

“A few months down the line Dutchy [Jason Holland] got in touch and asked about my situation, what my plan was going forward and if I would like to express my interest in the role at the Hurricanes - which I immediately said yes! His connection with Munster probably provided an opportunity for him to chat to his connections and get some honest feedback about me as a person and my coaching potential.”

Hurricanes head coach, Jason Holland, says it’s Bleyendaal’s wealth of rugby knowledge that will make him such a valuable asset to the team.

“He has experience running the game in Super Rugby as a player and has recently been entrenched in the Northern hemisphere rugby world both as a player and more recently in a coaching capacity. He has an astute rugby brain and will challenge our coaching team and the players to grow and innovate.”

Bleyendaal watched the 2020 Super Rugby Aotearoa competition from his home in Limerick, and says he was inspired by the crowds and the energy the competition created

“You watch the relentless week-on-week battles that were taking place. High pressure games with small margins. It was a great competition for developing both the established players and young talent in New Zealand rugby.”