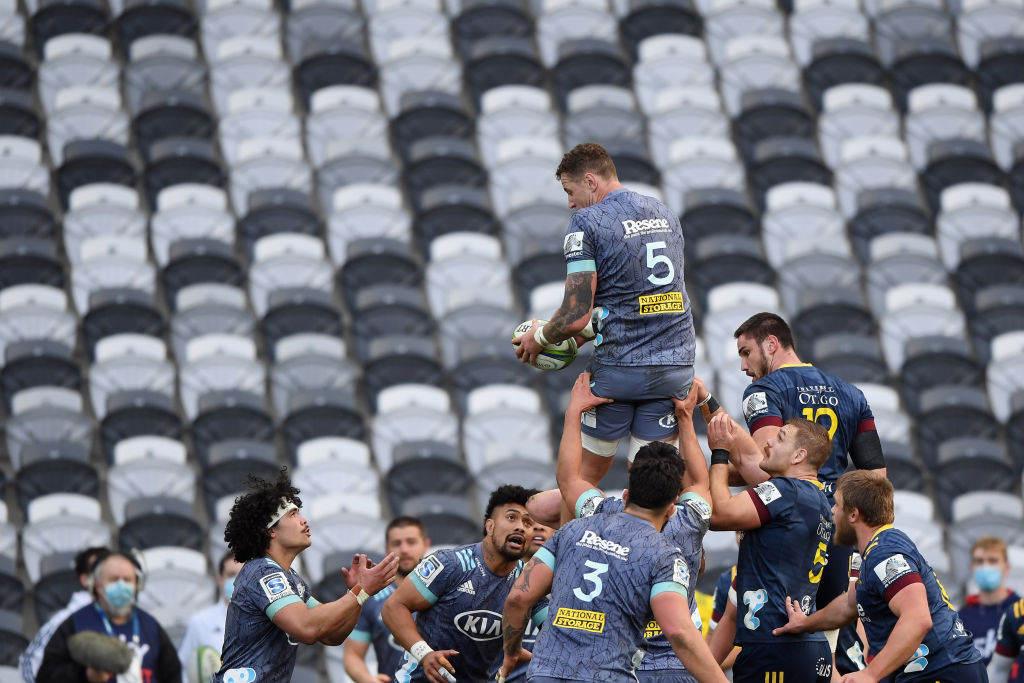 The Hurricanes have been denied a sixth consecutive win by a classy Highlanders outfit in Dunedin.

It was only four-minutes into the first half when Vince Aso crossed the chalk to finish off a brilliant 75-metre break started by Jordie Barrett. But the Highlanders were ready to go blow-for-blow, striking back with a try of their own four minutes later.

The score remained level at 7 – 7 until the 27-minute mark, when Jamie Booth showed his blistering pace when he took an offload from Peter Umaga-Jensen on the fly at the halfway mark, and scored right underneath the posts.

However, the home side immediately put pressure on the Hurricanes’ defence and managed to drive Ash Dixon in for a try to level the score again for halftime.

Coming back from halftime, the Highlanders flicked it up a gear, pushing back on Hurricanes momentum whilst capitalising on every opportunity they were given.

Michael Collins and Mitch Hunt opened a gap on the scoreboard before a penalty try put them comfortably in the driver’s seat.

Even though Peter Umaga-Jensen was able to pull it back slightly with a try in the last 20 minutes, it was the Highlanders who finish their Super Rugby Aotearoa season with a 38 – 21 win.