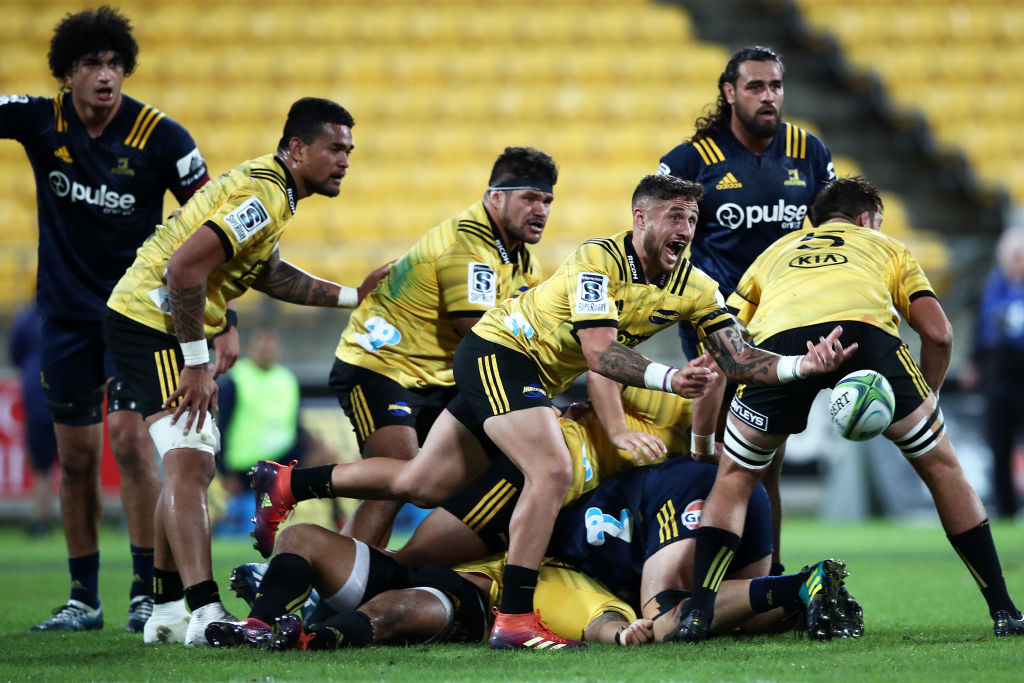 A host of experienced players will return to the Hurricanes starting XV for Saturday night's Investec Super Rugby quarter-final clash against the Bulls at Westpac Stadium.

The inside back pairing of TJ Perenara and Beauden Barrett are set to bring up a major milestone and play their 100th game together in front of their home fans.

The duo were originally going to reach the mark on the Hurricanes tour of South Africa but were denied the achievement after Barrett fell ill in Johannesburg.

He subsequently missed the Hurricanes match against the Lions and was also absent last week when a young side edged the Blues 29-24.

Barrett, the Hurricanes record points scorer, will play his 124th match for the club while Perenara will feature in his 126th match and equal the record number of appearances for the club which is jointly held by Ma'a Nonu and Conrad Smith.

Their return to the starting line-up are two of nine changes Hurricanes head coach John Plumtree has made for the sudden death match.

The season's leading try scorer, Ngani Laumape, also returns to play outside Barrett and Perenara while wing Wes Goosen has recovered from a hamstring strain which has kept him out of the side in the last fortnight.

Jordie Barrett has been named at fullback with Peter Umaga-Jensen's excellent form against the Lions and Blues has seen him named at centre.

There are four changes to the pack where vastly experienced props Toby Smith and Jeff To'omaga-Allen return.

Behind them James Blackwell comes into the second row after being given a rest against the Blues while star loose forward Ardie Savea is restored to the run on side.

Plumtree said there was growing excitement within the squad as they looked towards potentially their last home match of the season.

"I thought the whole squad got a real lift from the way our young side performed last week and that energy has started to really show through.

"We all worked really hard to earn a home play-off game and we can't wait to get out in front of our fans and meet the massive challenge the Bulls will bring."

The Hurricanes squad to face the Bulls is: