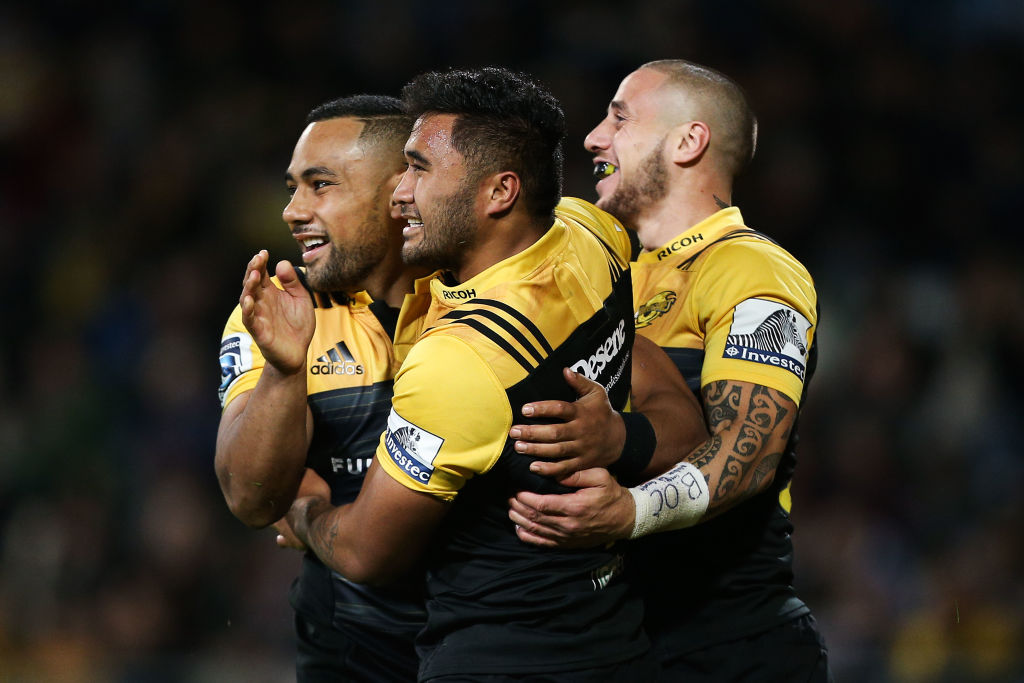 Centre Vince Aso continued his try scoring season with a hattrick as the Hurricanes blew the Brumbies away at McLean Park in Napier in front of a big home crowd.

Avenging last year's opening round 52-10 loss to the Brumbies, the Hurricanes ran in eight tries with kickers Jordie Barrett and Otere Black combining for a perfect 100 per cent record off the tee.

Barrett kicked seven conversions and Black one as the home side came back from a 21-14 halftime deficit to score 42 unanswered points in front of 13,118 fans. 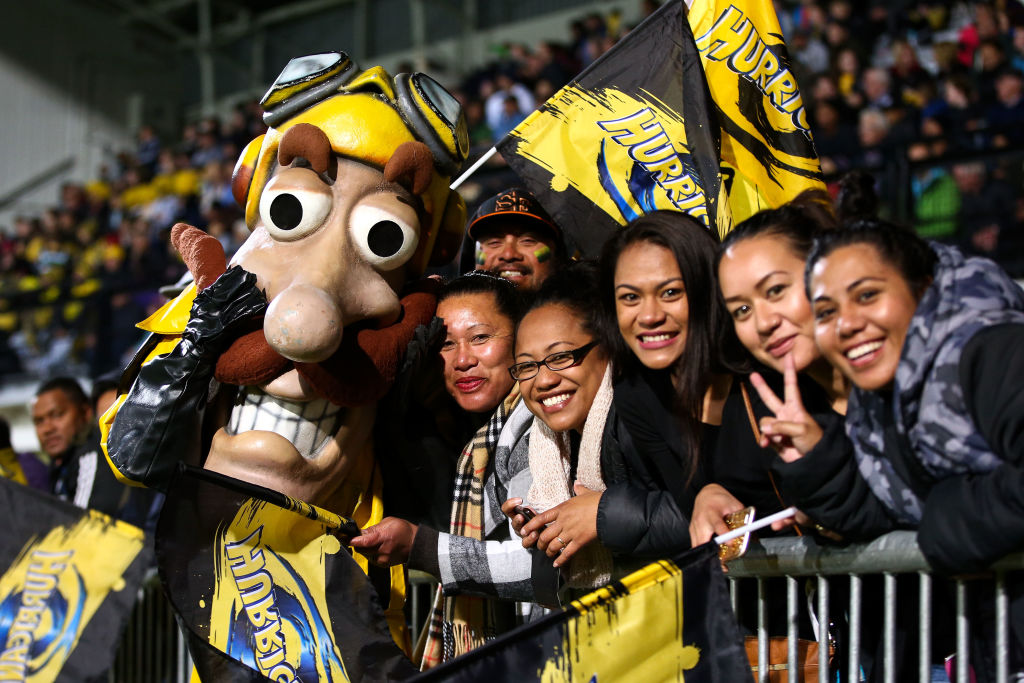 The only blight on the evening was a suspected dislocated shoulder to Hurricanes No.8 Blade Thomson, who was impressive in his return match from a long injury break.

Aso got the ball rolling with the first try of the match when he cut inside first five Beauden Barrett and scorched 50 metres to the try line. His three tries on the night took his season tally to 10 and still Super Rugby's leading try scorer for 2017.

Barrett had the ball on a string for much of the night and his pin point cross kick saw wing Cory Jane score a popular try as the Hurricanes shot out to a 14-0 lead before the Brumbies knew what was happening. 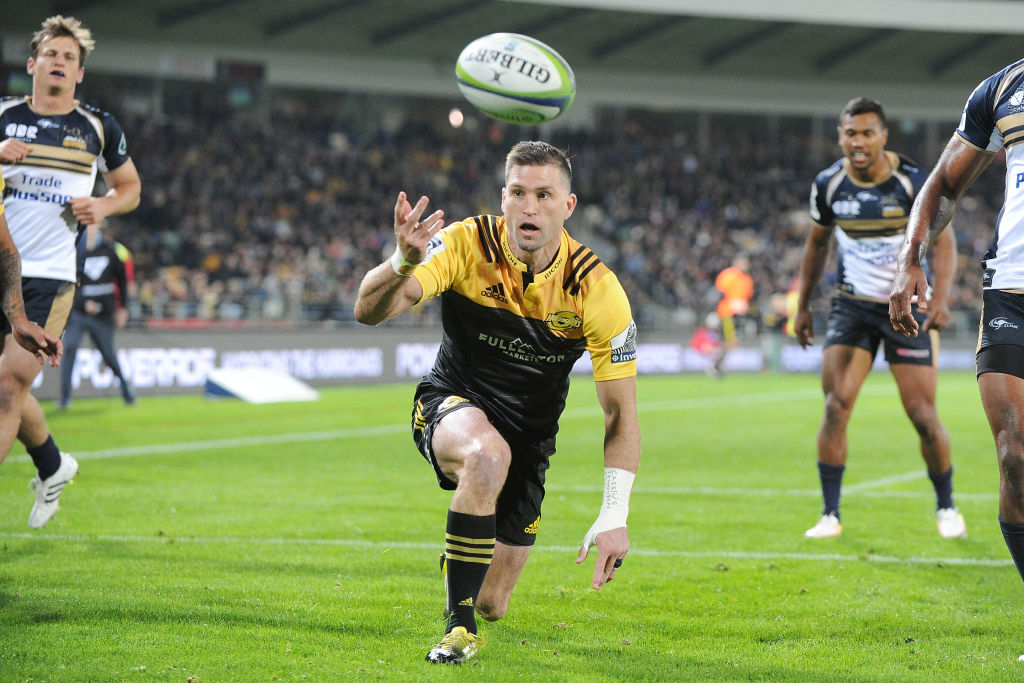 The visitor's response was impressive as they scored three tries in quick succession to centre Tevita Kuridrani, halfback Joe Powell and captain and lock Sam Carter, punishing the Hurricanes for some one off missed tackles.

But the second half was one way traffic.

Aso got his second from another Beauden Barrett cross kick that was skilfully passed back inside by Thomson, then his third when he flew on to a Barrett short ball from a set piece backs move.

Hurricanes openside Ardie Savea was influential in the match throughout and when he moved back to No.8 replacement openside Callum Gibbins made his impact felt immediately. 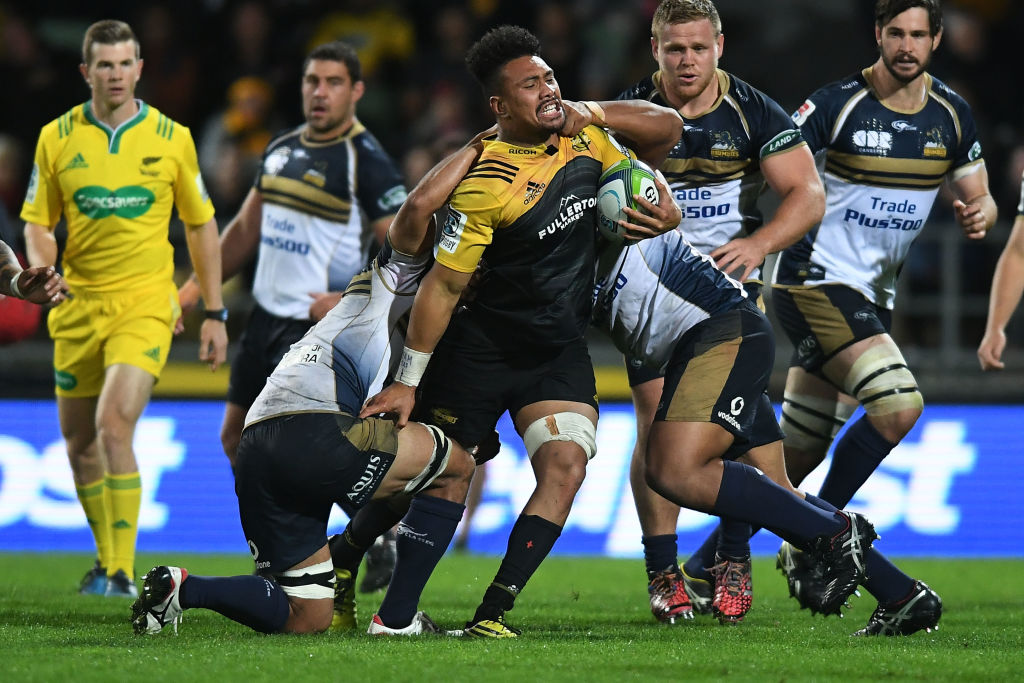 Gibbins' charge down try took the score out to 35-21 and when local Hawke's Bay lock Mark Abbott scored the crowd were on their feet. An emotional Abbott responded with his try celebration in what was likely to be his last match on his home ground of McLean Park.

Gibbins' second ended any thoughts of a Brumbies comeback and by the time Laumape crashed over the Australians looked well beaten.

Savea, Gibbins, Thomson before he departed, and inspirational Brad Shields, who captained the side for the first time, were all superb, while young halfback Te Toiroa Tahuriorangi made a good fist of his first Super Rugby start.

The win was the Hurricanes seventh from eight matches and another confidence boosting result as they head into their second bye week.

The team's next match is against the Stormers at Westpac Stadium on May 5.