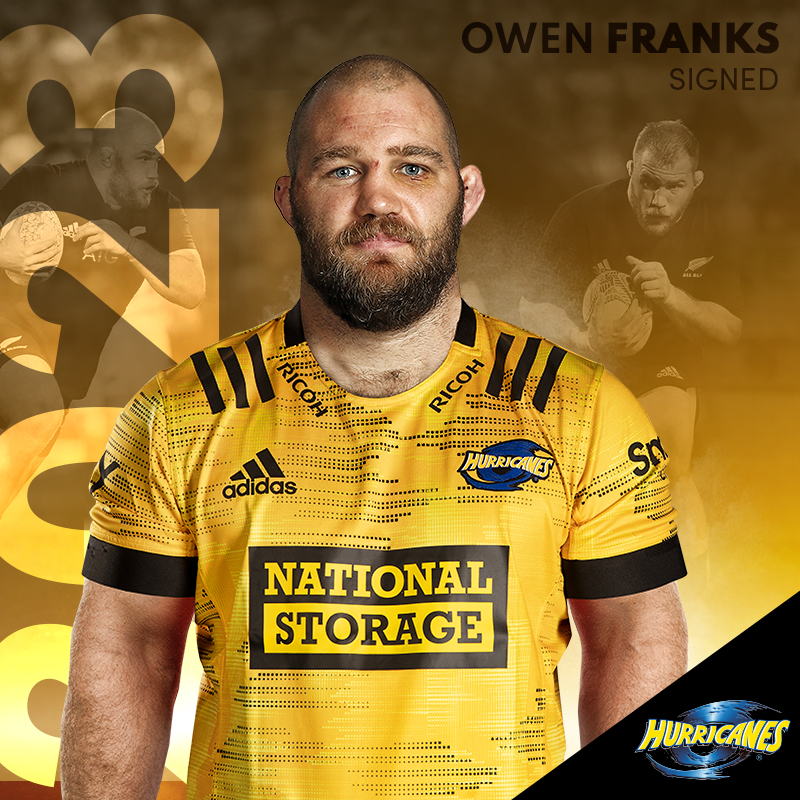 The 33-year-old is returning to New Zealand on a two-year deal which will re-start a highly successful Super Rugby career which ended in 2019 after he helped the Crusaders beat the Jaguares in the final.

After leaving New Zealand, the two-time Rugby World Cup champion, who played 108 tests for the All Blacks moved to England to take up a contract with Northampton.

Unfortunately his time in the United Kingdom coincided with the Covid-19 pandemic which seriously disrupted competitions in the northern hemisphere.

“I’m excited to be getting back into Super Rugby next year with the Hurricanes after time in the UK,” Franks said.

“My family and I are looking forward to a new challenge and being back in New Zealand and closer to friends and family is also important. I am very motivated to play at the highest level again and I am looking forward to working with the Hurricanes players and coaching teams and pushing for success in 2022 and 2023.”

Franks’ return to New Zealand comes on the back of news this month that former All Blacks lock Dominic Bird will also be joining the Hurricanes after a successful stint in France while captain Dane Coles also re-committed to his only club for a further two seasons.

Hurricanes head coach Jason Holland was naturally delighted to have a player of Franks’ calibre and experience joining the squad.

“His record speaks for itself and what he has been able to achieve is a measure of his quality and professionalism,” Holland said.

“Owen’s experience will be invaluable, not just for the younger players in our squad but our group as a whole.”