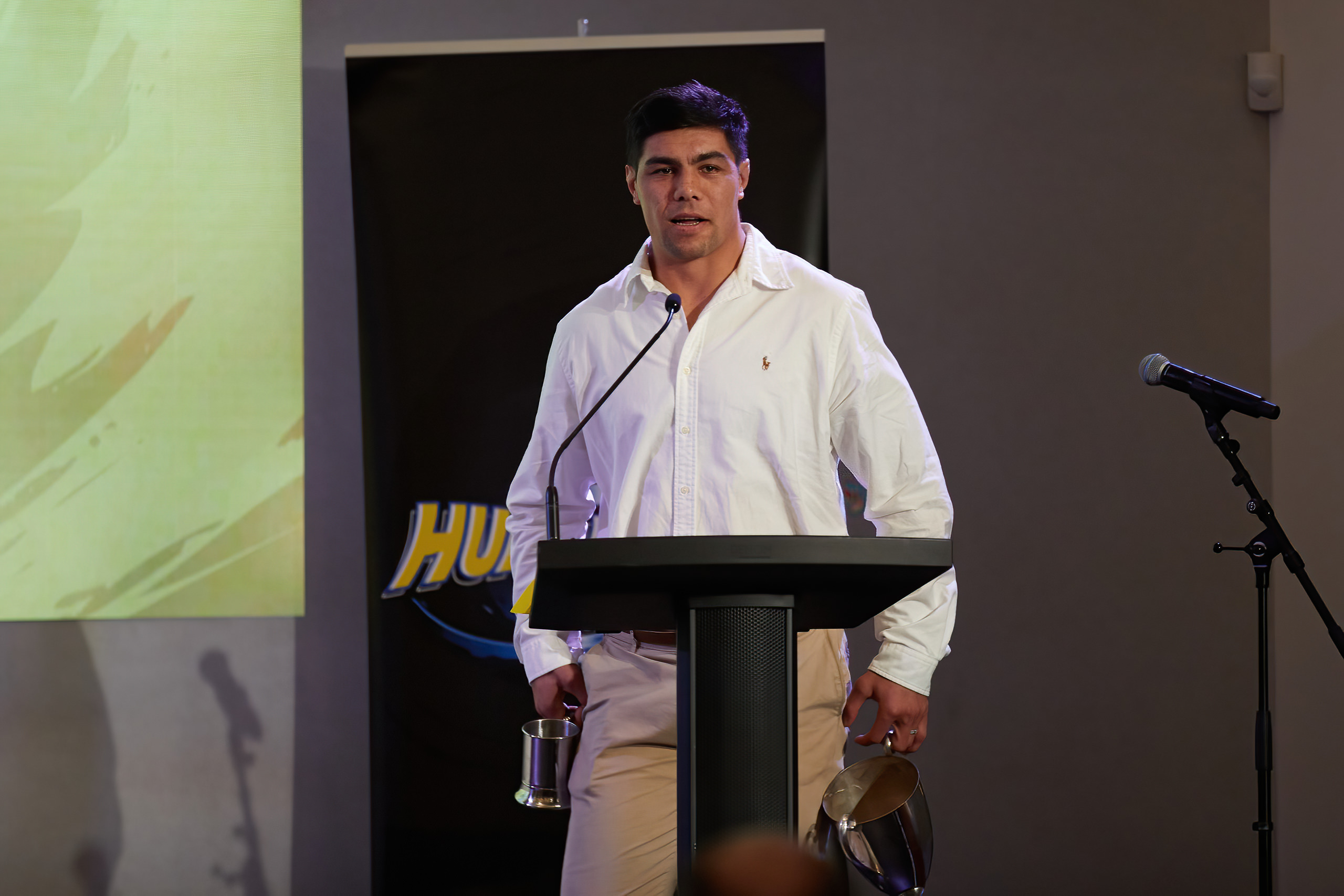 Reed Prinsep picked up the Hurricanes Player of the Year award for the first time and Luke Campbell was named Rookie of the Year at the awards evening held at Wellington's Public Trust Hall.

Prinsep, who became a father this month, was nominated for Player of the Year alongside Billy Proctor and Jordie Barrett.

Folllowing a breakout season, Proctor won the award for Most Improved Player, presented to him by last year's winner, Du'Plessis Kirifi.

Earlier in the evening, players who are moving on from the club were each acknowledged with a speech from a close team member before facing a stirring haka performed by the full 2021 squad.

The night also included recognition for important milestones achieved in 2021, including the players who made their debuts and captain Ardie Savea, who played his 100th game for the Hurricanes in the first round of Super Rugby Aotearoa against the Blues.

Player of the Year: Reed Prinsep

Rookie of the Year: Luke Campbell