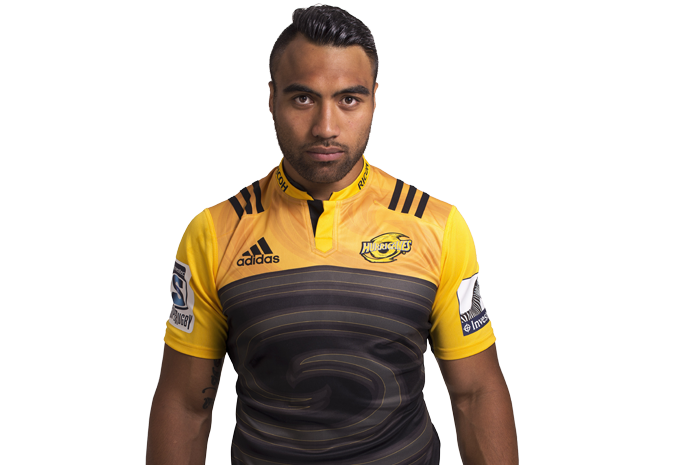 Patience paid off for Victor Vito in 2014 when he returned to the All Blacks for their end of year tour to the USA and Europe. Vito spent much of the year sidelined with knee and neck injuries. He battled back from the knee ailment to make the All Blacks squad in June but his neck forced him out of the most of the ITM Cup, before returning to the Lions and then making the national side again.

Vito is one of the Hurricanes' most valuable players. His big defence, high workrate and excellent lineout play are invaluable assets to the side. He played his 50th game for the Hurricanes in March in a home win against the Crusaders. In June 2013 he added to his then 19 caps by playing for the All Blacks against France in the mid-year Tests.

Previously, Vito had had a big year in 2011, starting every match for the Hurricanes at No. 8 and ending it as part of the All Blacks' winning Rugby World Cup squad.

Previously, Vito was selected for the All Blacks for the first time for the three-Test mid-year against Ireland and Wales in 2010. He played two of these Tests, making his debut in the 66-28 win over Ireland in New Plymouth. He played four of the Tri-Nations Tests that followed, although he missed out on the end of year tour to Europe.

With a reputation as a multi-skilled Sevens specialist, Victor Vito quickly developed into a dynamic loose forward, comfortable at either blindside flank or No. 8, and won Wellington Rugby's 2009 Player of the Year award. Powerful and with speed to burn, Vito was also a standout player in the Hurricanes in 2010.

He played a starring role in the Wellington Sevens in February 2008, scoring two tries in the final against Samoa, including the match winner in the dying moments in the 22-17 win.

He joined the Hurricanes for the first time in 2009 as a Ranfurly Shield winner with the Vodafone Wellington Lions, having made his Air New Zealand Cup debut against Waikato in 2006 and earning six caps off the bench, but then spending most of 2007 sidelined with a shoulder injury.

Vito rebounded from an uncertain start in Super 14 in his first match against the Highlanders - coming in to the side for suspended captain Rodney So'oialo - with a series of eye-catching games, culminating in a powerful performance at the bookend of his rookie season against the Reds. This earned him selection in the New Zealand Juniors squad for the Pacific Nations Cup that followed.

Vito was marked early as a future rugby star. A product of Scots College in Wellington, he was picked for the Hurricanes Schools team of 2004. This team won the Regional tournament and his strong performances won him selection for the New Zealand Secondary Schools side. Vito also impressed at this higher level, including being awarded the Golden Boot; the award selected by the opposition coach in the schoolboys' test against Australia. He joined an exclusive club when he won this award, Jerry Collins being the only other Wellington player in recent times to win it

On leaving school Vito joined the Wellington Rugby Academy and started a Law degree at Victoria University. He joined the Marist St Pats club in 2005 and captained the 2005 Wellington U19 team which won the Hurricanes U20 competition. The 2006 season began with Vito being selected, along with seven other Wellington players, in the New Zealand U19 team to compete in the IRB U19 World Cup in Dubai, which he also captained - also earning nomination for the 2006 IRB U19 Player of the Year.