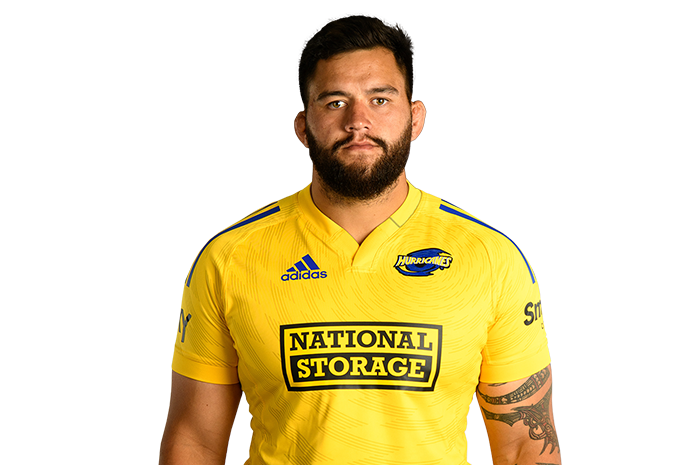 One year after moving from Australia to New Zealand, rugby league convert Tyrel Lomax made his mark at both NPC and Super Rugby level.

The son of former Kiwis player John Lomax, Tyrel played his first year of Super Rugby with the Melbourne Rebels in 2017, before negotiating an early release to move back to New Zealand and play for the Tasman Mako.

After a strong 2019 Super Rugby season with the Highlanders, which saw him miss just one game, Lomax made the decision to move north and join the Hurricanes, making his debut against the Stormers in Cape Town in 2020.

Tyrel debuted for the Māori All Blacks in November 2017 against Canada and played a total of 6 games for the side between 2017 and 2019.

He made his debut for the All Blacks against Japan in Tokyo in 2018. Tyrel was recalled to the All Blacks in 2020 following an impressive performance for the South in the North v South match, and earned All Blacks selection again in 2021, playing in eight test matches.