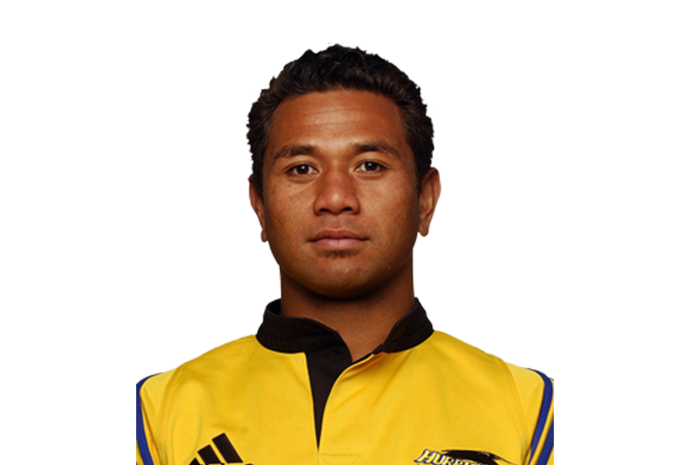 Tongan born and South Auckland raised, Pita Faiva-ki-moana Alatini was an extremely skilful and hard running second five-eighth or centre whose New Zealand representative career spanned several provinces and Super 12 teams, as well 17 tests for the All Blacks between 1999-2001.

His professional career kicked off in 1996, drafted to the Crusaders from Counties Manukau, and continued at the Chiefs in 1997, followed by the Highlanders (51 caps between 1998-2001) and Otago and Southland until the end of 2001. A shift to Wellington saw Alatini play 16 times for the Hurricanes and 14 for the Lions in 2002 and 2003, forming an effective midfield pairing with Tana Umaga.

But his failure to regain an All Blacks jersey, which he had lost after the 2001 Tri-Nations heralded his move overseas to Japan, after 191 first class matches and 61 first class tries.

Alatini’s brother Sam played international rugby for Tonga, also at second five-eighth. In a test match in June 2001 at Albany the Alatini brothers marked each other in the midfield, providing what was believed to be the first time that two brothers have directly opposed each other in a test match. Alatini’s other brother Tony and father also both represented Tonga, his father touring New Zealand with Tonga in 1969.

In may 2007 Alatini linked up with many of his former All Black teammates in the ‘Classic All Blacks’ side who played against Japan.

In 2006 he moved to play for the Kamaishi Seawaves, after originally playing for Suntory. The town of Kamaishi was destroyed by the Japanese earthquake and Tsunami on the day of this 35th birthday on 11 March 2011. Alatini's family escaped unhurt and returned to their home in Auckland,  but he remained behind to help with the clean up.

Alatini’s South African born wife, Megan, was a one-time pop princess in New Zealand and finished runner-up on Dancing with the Stars on New Zealand television in 2007.

After a long stint in Japan, Alatini returned home to Auckland where in March 2013 he took up a new position as Director of Rugby for the Pakuranga United Rugby club.