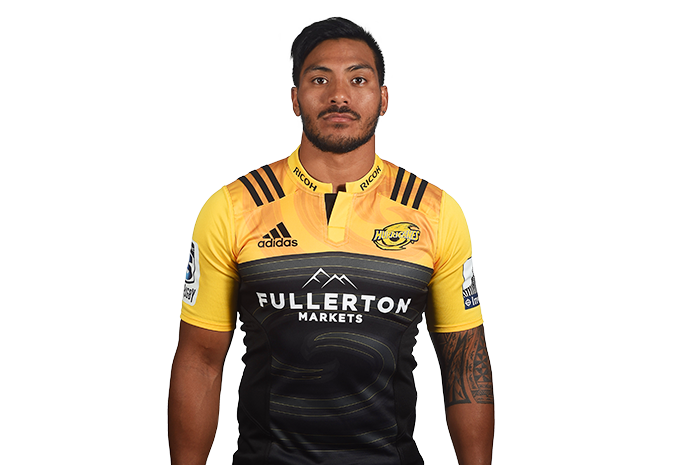 A strong runner with explosive pace, Pita Ahki initially impressed as an 18 year old midfielder for North Harbour who made his Provincial debut in 2011 and since then has made 34 appearances and scored 30 points for the side. His impressive ITM Cup performances lead to him being named in the Blues Wider Training Squad in 2013.

Capable at 12 or 13, Ahki made his Super Rugby debut with the Blues in the 2014 season and made 13 appearances altogether, during which he was included in eight starting line ups and scored twice for the side.

After being underutilized at the Blues, Ahki signed a two-year deal with the Hurricanes in 2015 following the loss of Ma’a Nonu and Conrad Smith in the midfield. He made his first appearance for the Hurricanes in the 2017 season as he came off the bench against the Reds.

Ahki has accumulated an impressive number of national honours already in his career as he played for the Tongan U20s side the same year as he was snapped up by North Harbour. He travelled to South Africa with New Zealand U20s for the IRB Junior World Championships the following year and was also drafted into the All Blacks Sevens during the 2012/13 season to play the final two tournaments in the World Series. He was selected again in the 2013 season and played a key role in the team’s triumph in Moscow at the Rugby World Cup Sevens.

Song
Ayo - Chris Brown
Band
Chris Brown
Movie
Notebook
Holiday Destination
Hawaii
Food
Burgers
Sport Team or Individual
Michael Jordan
Hobbies
Hanging with my dogs
Pets
2 dogs - Ziggy and Mia
If you weren't a professional rugby player, what would you be?
Firefighter
What's on the top of your bucket list?
Holidaying in Bora Bora
If you could invite any three people to a dinner party, who would they be and why?
Kevin Hart, Will Ferrell and Dwayne Johnson
Your biggest fear is
Heights
What's your most embarrassing moment?
Accidentally farting in an exam
If you could live a day in anyone else's shoes, who would it be?
Dwayne "The Rock" Johnson
If you could have one super power, what would it be? Why?
Ability to fly

Earliest Rugby Memory
Running bare footed in mud. Oranges at halftime
Position When Younger
Hooker / No.8
Most Admired Rugby Player
Jonah Lomu / Ma'a Nonu
Why did you start playing rugby?
Just real obsessed with the sport
Best thing about being a professional rugby player
Being paid to do what you love and are passionate about
Best piece of advice you have been given (Rugby or Personal)
My Grandpa. If you're not first you're last. Compete, compete, compete
What would you say to someone who one day wanted to be a Hurricane?
Be comfortable with being uncomfortable