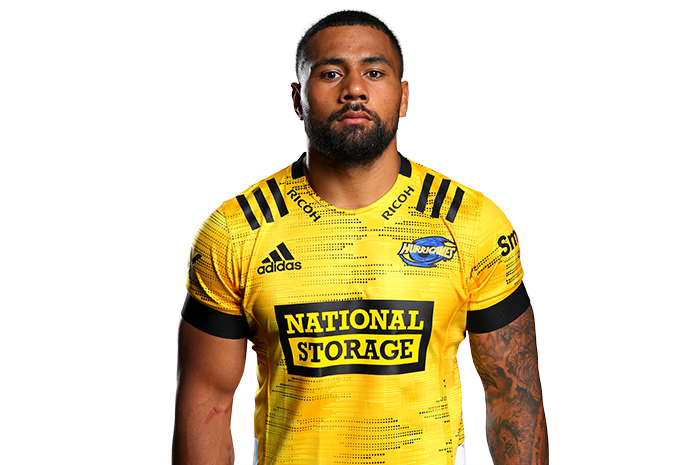 After adjusting to rugby union following a short career in rugby league, Laumape became a menace to opposition backlines in 2017.

He started every match for the Hurricanes and was the team’s leading try scorer with 15. His form earned him selection in the All Blacks. A devastating ball carrier with a low centre of gravity and a good all round skill set to match.

Laumape added to his game in 2018, introducing a sharp kicking set while still possessing plenty of power which again caused opposition defences plenty of trouble.

Against the Blues, Laumape matched team-mate Ben Lam's feat of scoring four tries in a match.

By the end of the 2018 Super Rugby season, Laumpae had crossed nine times and was the Hurricanes Player of the Year for the second year running.

Laumape's form has again been outstanding as he leads the try scoring for 2019 with seven.

Song
Too many
Band
Chris Brown
Movie
Boys in the hood
Holiday Destination
Tonga
Food
Mums cooking
Sport Team or Individual
Cavs - LeBron James
Hobbies
Hunting
Pets
Dogs - red nose
If you weren't a professional rugby player, what would you be?
A barbershop owner
What's on the top of your bucket list?
Go to Las Vegas
If you could invite any three people to a dinner party, who would they be and why?
Miss Jackson, Beyonce and Amber Rose because they're my future wives lol
Your biggest fear is
Snakes
What's your most embarrassing moment?
Losing my tooth during a game
If you could live a day in anyone else's shoes, who would it be?
Floyd Mayweather, TMT
If you could have one super power, what would it be? Why?
Fly - go anywhere I want

Earliest Rugby Memory
Kia Toa
Position When Younger
Flanker, number 8
Most Admired Rugby Player
Ma'a Nonu
Most Memorable Rugby Moment
NZ School Boys - 1st XV PNBHS
Worst Rugby Room Mate
Konrad Hurrell
Why did you start playing rugby?
Parents made me
Best thing about being a professional rugby player
Making my family proud but also helping them financially
Best piece of advice you have been given (Rugby or Personal)
Nothing achieved without hardwork
What would you say to someone who one day wanted to be a Hurricane?
Enjoy every moment as it doesn't last forever