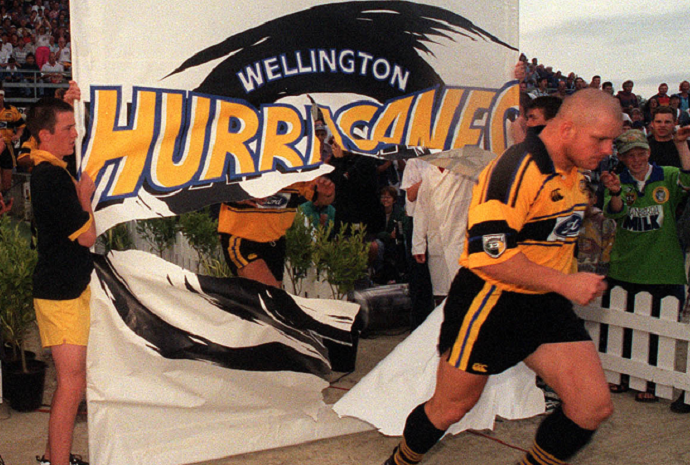 The founding Hurricanes captain, Mark ‘Bull’ Allen had his career cut short in his prime when he was forced to retire with a serious back injury when leading the Hurricanes against the Brumbies in 1998.

Allen was a popular choice as the Hurricanes’ first captain, having already achieved folk hero status in eight seasons with Taranaki and more recently in the All Blacks.

A dynamic, ball running loosehead prop with an instantly recognisable shaven head and friendly manner, Allen made his debut for Taranaki in 1988. Allen quickly became a crowd favourite and for a time Rugby Park in New Plymouth became known as the ‘Bull Ring’ in his honour.

He made his All Blacks debut on his 27th birthday in 1993 as a blood bin substitution against Samoa at Eden Park. Later that year he toured Scotland and England, but played in none of the tests. In all Allen played eight tests for the All Blacks between 1993-1997, but just once in the starting side, in his last test against England at Twickenham.

Allen captained Taranaki to two NPC Second Division titles in 110 games for the province, before joining the Central Vikings in 1997, again as captain.

He had a penchant for the tryline, scoring two tries in a match on six occasions for Taranaki, as well as crossing the line six times for the Hurricanes. Allen’s 1999 autobiography, “The Mark of the Bull” proved a popular read.

He later became a member of the Rugby Channel’s First XV college rugby commentary team and coaching age-grade rugby in the Bay of Plenty.