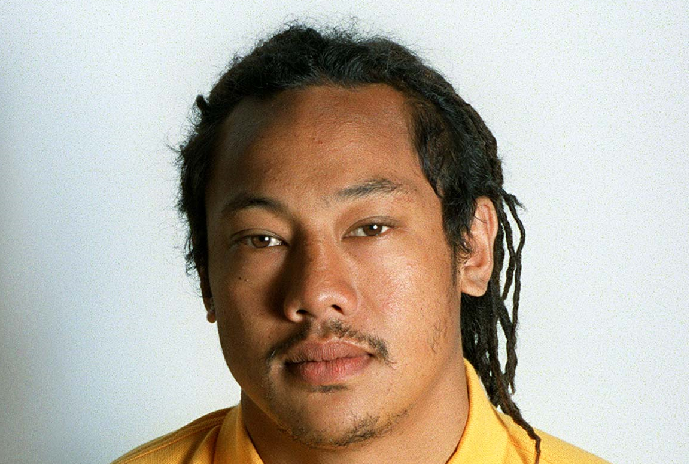 By the time he bowed out of New Zealand rugby in 2007 to become director of rugby at French club, Toulon, Tana Umaga had established himself as a true folk hero and widely acclaimed as one of the best All Blacks three-quarters, either as a wing or centre, of any age.

He left behind two questions, too, which are likely to intrigue and bother the games historians for years to come. These mainly concern the two World Cup tournaments in which he played and whether, in either of them, New Zealand got the best from his exceptional talents.

In 1999 Umaga played in five of the six matches despite having to compete for a place in the back three of the backline with three other great players, Jeff Wilson, Jonah Lomu and Christian Cullen. To accommodate all four, coach John Hart switched Wilson to fullback, used Lomu and Umaga on the wings and shifted Cullen to centre.

Hindsight suggests the better option would have been leaving Cullen at fullback, Wilson and Lomu on the wings and placing Umaga at centre, where a few years later Umaga was to prove himself every bit as good as two others who matured late in the midfield role, Joe Stanley and Frank Bunce. That there was a tardiness to move Umaga in a place suggests that, as with Stanley and Bunce, he may have been under-rated for much of his career, that he was seen more as a finisher rather than an attacking creator or a defensive organiser.

At the 2003 World Cup in Australia Umaga damaged knee ligaments in the opening match against Italy and never played again in the tournament. The All Blacks struggled to fill the gap he had left and for some the question has always nagged as to whether in the later rounds a risk might have been taken with him.

It has been assumed that rugby stole Umaga from league, in which code he was a Junior Kiwi representative. But though he grew up in the league stronghold of Wainuiomata the background of his family was very much in rugby and his elder brother, Mike Umaga, who later played as an international for Manu Samoa, preceded him in playing for Petone and Wellington. In 1999 the brothers opposed each other in a test at North Harbour Stadium in Albany.

In 1994 Umaga had been persuaded to return to the 15 aside game and play with Mike at Petone. He quickly gained representative honours for both Wellington and New Zealand Colts that season and by 1996 he was in the Hurricanes for the inaugural Super 12, revealing himself as a lethal attacker with power and pace.

His contemporary, Lomu, rather distorted some perspectives on players physiques. But Umaga was also a big man, standing 1.87m (6ft 2in) and weighing 100kg (16st) and, with his trademark dreadlocks, loomed as an imposing figure.

An outstanding season in 1997, in which he scored 12 tries for the Hurricanes, saw him promoted to the All Blacks, whose first choice wings of the previous season, Lomu and Glen Osborne, were both missing for the first part of the year with either illness or injury.

When Osborne and then Lomu returned Umaga lost his test place, though he did go on the end of year 1997 tour of Britain and Ireland, playing only the midweek games. He was also overlooked for all of 1998, making only the New Zealand A team. That may have been a blessing in disguise as he was not tainted by being part of the five consecutive test losses which marred the 1998 season.

His splendid form in the 1999 Super 12 saw him recalled and from then on he was pretty much an automatic first choice test selection, continuing as a wing but moving into the midfield, where he was mainly a centre but on a number of notable occasions at second five eighths, on the end of year tour in 2000.

When Graham Henry became the new All Blacks coach in 2004 Umaga's career reached a pinnacle. He was immediately made captain, a role in which he thrived. In 2005, despite controversy over the first test tackle in which he was involved with Keven Mealamu and from which Brian O'Driscoll suffered a tour-ending injury, Umaga was an inspiring leader against the Lions.

Umaga finished out his career with another two seasons with the Hurricanes (for whom he played well in excess of 100 games) and one full season for Wellington in the Air New Zealand Cup, finishing with just on 100 games for the union before moving to France.

In 74 tests Umaga scored 37 tries for a total of 185 points. He was captain in 21 tests, of which 18 were won, a successful percentage rate placing him ahead of such legendary leaders as Brian Lochore, Wilson Whineray, Graham Mourie and Sean Fitzpatrick.

Umaga epitomised what in his era had been a remarkable Pacific Island influence on the All Blacks. By the time Umaga became an All Black, others of Samoan or Tongan ancestry and birth had been acclaimed as champion players: Bryan Williams, Stanley, Michael Jones, Lomu and Olo Brown. But Umaga topped even these icons ... he was the first New Zealand Pacific Islander to captain the All Blacks in a test and he did so with style and dignity.

Profile by Lindsay Knight for the New Zealand Rugby Museum