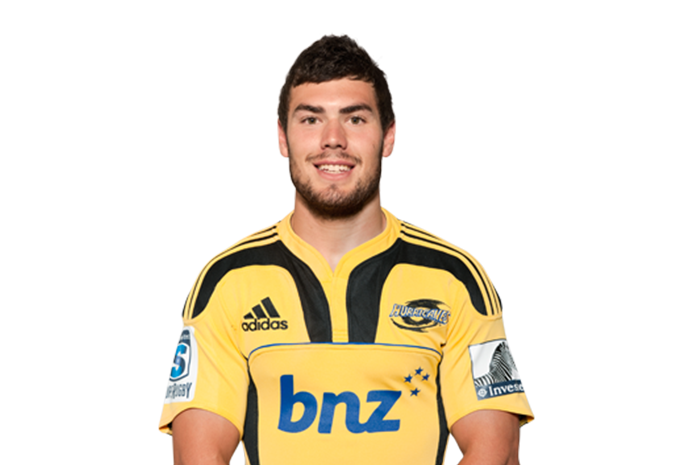 Taranaki second five-eighth or centre Jayden Hayward played his second Super Rugby season in 2012 after being first called into the Hurricanes team from the Wider Training Squad early in 2011.

He was originally called up as a replacement for Ma'a Nonu who was serving a one-week suspension, but injuries elsewhere and compelling form made him a permanent squad member from that point on, and seven of his 11 appearances were in the starting XV.

Hayward brought previous Super Rugby experience to the team having previously represented the Highlanders in 2009 and 2010. In 2009 he earned his first Super Rugby start in the Highlanders' memorable 6-0 victory over the Crusaders, and made a further three appearances off the bench. He returned to Dunedin the following year and earned another five caps.

Hayward rose to prominence in the 2008 provincial season, his debut championship year for Taranaki, scoring three tries in eight appearances. He made another 13 provincial appearances in 2009 and in 2010 played every game for the amber and blacks and scored five tries.

Playing his fourth consecutive ITM Cup season for Taranaki in 2011, Hayward broke a New Zealand first-class record - scoring a try in 10 consecutive matches. The run started against Hawke's Bay in September 2010 and ended when he failed to score against Bay of Plenty in August 2011.

Nevertheless, there was a bigger prize at season's end; the Ranfurly Shield. Heading into the 2012 ITM Cup he had scored 18 tries in 46 games for the amber and blacks.

In November 2012, after 58 appearances for Taranaki, Hayward signed a two-year contract with the Western Force.

In 2014 he signed with Benetton where his form eventually led to him making his international debut for Italy in 2017.