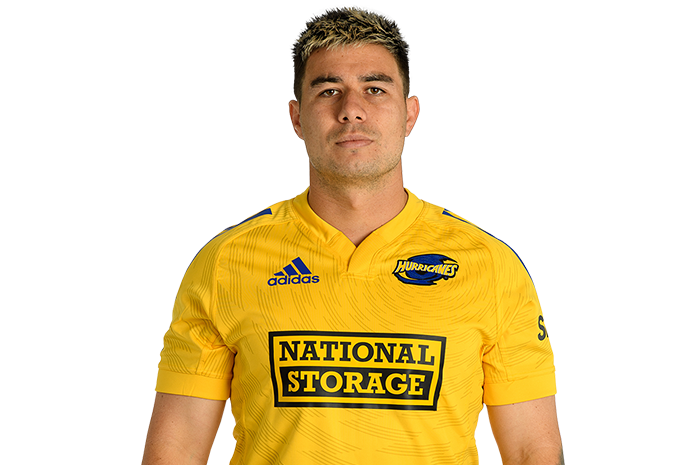 The 26-year-old came onto the Hurricanes scene in 2018, when he made his debut against the Jaguares in Argentina and has since made 19 appearances for the Hurricanes, assuming a regular starting role throughout the 2020 season.

His selection for the Hurricanes came off the back of his performance in the 2017 Mitre 10 cup season with the Wellington Lions, which saw him named player of the year.

He played a pivotal role in guiding the Lions to their championship title and promotion to the premiership, scoring 142 points for the side and commanding their attacking play.

Prior to that he had a short stint with the Melbourne Rebels.

Garden Bachop made his debut for the Maori All Blacks in 2017 coming off the Bench against Canada in Toronto and made his starting debut against the French Barbarians in Bordeaux the following week.

With rugby in his DNA, Jackson’s father Stephen, himself a former Hurricane, represented Manu Samoa and the All Blacks as a first five, while his late mother Sue, was a Black Fern, and Black Ferns selector. Brother Connor plays for the Lions and Highlanders.