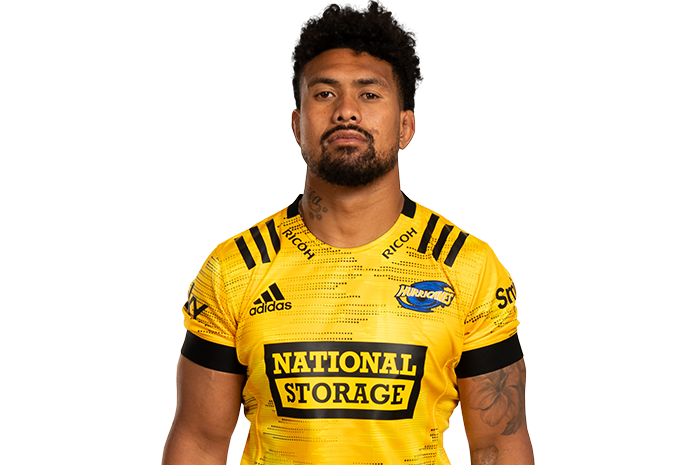 Ardie Savea continues to be regarded as one of the best openside flankers in world rugby.

The younger brother of former All Blacks winger and current Wellington Lion Julian, made his Super Rugby debut for the Hurricanes in 2013, then played for New Zealand Under 20 and later that year toured with the All Blacks on their Northern Tour as a non-playing apprentice. He finished the year winning the New Zealand Age Grade award.

His leadership potential had been apparent for some time – he was head boy at Rongotai College, captained his First XV side, the New Zealand Schools side, and his Wellington provincial side.

An automatic first choice for the Hurricanes, being named as captain of the Hurricanes in 2021, Savea has also become an established member of All Blacks squad, recently named as skipper for the Bledisloe Cup clash with Australia.

Savea has a number of strengths to his game, including his ability to get over the advantage line with ball in hand while he is also one of the toughest men to combat at the breakdown.

His ability to read the game and turn up in support are also two of his great assets while he has now scored 21 tries in his Hurricanes career. Two of those tries were against the Highlanders in 2019, a performance labelled one of the best in Super Rugby history.

Song
Just want to thank you - R Kelly
Band
Justin Beiber
Movie
Remember the Titans
Holiday Destination
Fiji
Food
Mum's cooking
Sport Team or Individual
Hurricanes
Wish
To fly
Chores as a kid
Vacuum house and dishes
Hobbies
Fashion / Clothing
Pets
Husky - Dakota
If you weren't a professional rugby player, what would you be?
Rocket scientist
What's on the top of your bucket list?
Visit every country in the world
If you could invite any three people to a dinner party, who would they be and why?
Beyonce - so she can teach me how to shake my bum. The Rock - looked up to him, Prince Harry - he knows how to have fun
Your biggest fear is
Snakes - I hate them
What's your most embarrassing moment?
Dropping ball over try line
If you could live a day in anyone else's shoes, who would it be?
Justin Bieber
If you could have one super power, what would it be? Why?
Invisibility

Earliest Rugby Memory
Playing with family
Position When Younger
Hooker
Most Admired Rugby Player
Jonah Lomu / Joe Rokocoko
Most Memorable Rugby Moment
Playing with Jules
Worst Rugby Room Mate
Lote Raikabula
Why did you start playing rugby?
Because I loved it, my entire family played it
Best thing about being a professional rugby player
Meeting new people, opportunities off-field, travel
Best piece of advice you have been given (Rugby or Personal)
Never be comfortable and be the best
What would you say to someone who one day wanted to be a Hurricane?
Keep working hard, do little things right and stay true to yourself