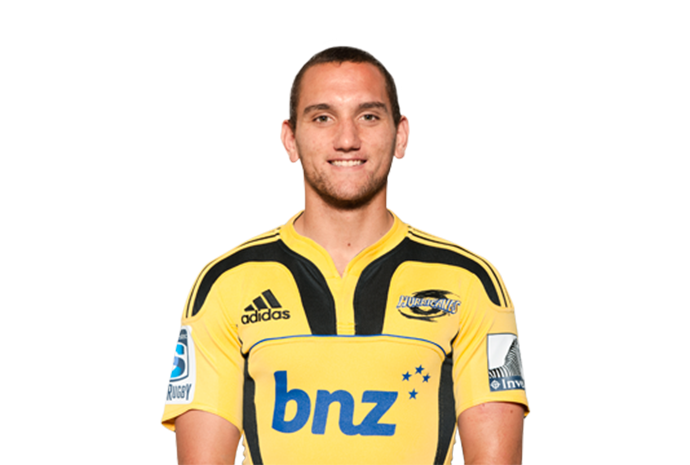 Aaron Cruden was called into the All Blacks side for the Rugby World Cup as a replacement for injured Dan Carter. Originally called up as a back-up to the originally selected Colin Slade, Cruden was thrust into the first choice pivot's role at the knockout stage of the tournament and ended up playing in the quarterfinal win over Argentina and the semi-final win over Australia. He started the final against France, but was himself injured and replaced on the field by the squad's fourth first five-eighth Stephen Donald.

At the time of his RWC heroics, Cruden had already announced his departure to the Chiefs for 2012.

All Blacks selection for the first time in May 2010 completed a whirlwind two years for Manawatu first five-eighth Cruden that saw him diagnosed with testicular cancer in mid-2008 and then fight back to captain and star for New Zealand at the 2009 IRB World U20 tournament in Japan and then make the Hurricanes for the first time.

Cruden went on to make his All Blacks Test debut in June 2010 off the bench for Dan Carter against Ireland. He scored this first Test try as a substitute against Wales in Dunedin the following week and played six Tests in all, including his first start at 10 against Australia in September. He was then left out of the All Blacks end of season tour to Hong Kong and Europe.

In his debut Super 14 year, 21-year old Cruden forced his way into the starting Hurricanes team throughout the second half of the season and played a key role in the Hurricanes' four consecutive wins against the Brumbies, Highlanders, Chiefs and Reds which propelled the team into semi-final contention.

Aaron Cruden had just turned seven when Super rugby kicked off in his home town of Palmerston North in 1996 and a young first five-eighth from originally down the road in Levin, Carlos Spencer, helped steal a historic 36-22 win for the Blues against the Hurricanes.

Like Spencer, Cruden is an excitement machine first five-eighth with the potential to go all the way in the game, as he has shown in age grade and National Provincial Championship rugby so far.

Cruden earned his first Super Rugby contract for the Hurricanes in 2010 on the back of a stellar 2009 that saw him star for the New Zealand at the IRB World U20 tournament in Japan and produce a string of assured performances for the Manawatu Turbos in the Air New Zealand Cup.

New Zealand U20 Captain Cruden was named IRB Junior Player of the Year in June and was an inspiration to his teammates, having been diagnosed with Testicular cancer in Mid-2008. He fought back from illness to lead his team into the final by setting up two tries in as many minutes in the semi-final against Australia and then guided New Zealand to their second successive U20 title by scoring two tries and creating another three in the final against England.

Cruden was Manawatu's first All Blacks since Christian Cullen in the 1990s.

He starred for the Chiefs in 2012, playing inside Sonny Bill Williams, and cemented his All Blacks spot. He played in 10 Tests in 2012.

In 2013, he was again a key player for the Chiefs helping to guide them to the top of the standings at the end of the regular season. He also featured in the All Blacks in their mid-year Tests against France. By the end of the year he had played in 29 Tests, including in the 38-27 win over South Africa and the 24-22 victory over Ireland.