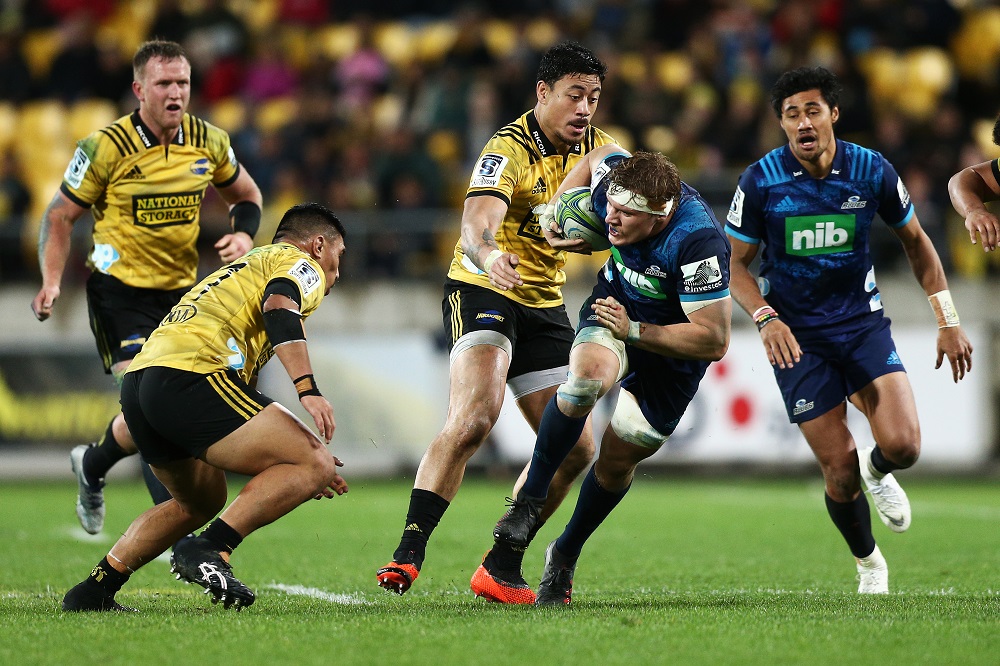 Young Hurricanes side end regular season on a real high

A young Hurricanes side has shown the future is bright after they ended the regular season with a big comeback win over the Blues at Westpac Stadium.

Behind 24-5 at halftime, the Hurricanes ended the match 29-24 victors despite resting a number of influential players ahead of next week's quarter-final in the captial.

There was a lot to admire about the performance, especially the character shown by a number of players who have yet to appear in many Investec Super Rugby matches.

That included midfielder Peter Umaga-Jensen who not only scored two tries but was a constant threat on attack.

The win, the Hurricanes 12th and the most of any side in the competition in 2019, did not look a likely prospect at halftime after the home side conceded three tries, including one right on the break.

The Hurricanes needed to start the second half well and they certainly did that as they dominated possession and territory while piling on the pressure to the Blues.

A try to replacement Fletcher Smith was followed by one from Isaia Walker-Leawere before Umage-Jensen's scored the match winner before Jackson Garden-Bachop cooly slotted a penalty late in the game.

The win maintained the Hurricanes momentum ahead of their home quarter-final with their opponents to be decided overnight on Saturday.