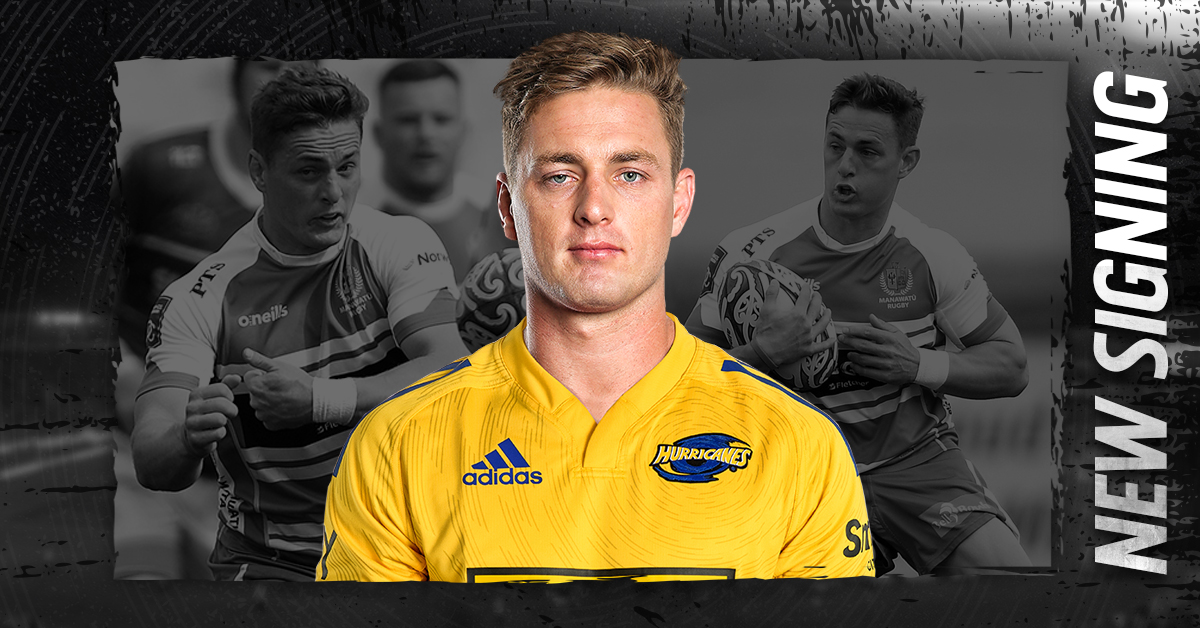 Following a stint with Japanese club Kamaishi Seawaves, the 25-year-old former Canterbury and Crusaders playmaker will line up for the Manawatū Turbos in the Bunnings Warehouse NPC kicking off in August.

Cameron joins youngsters Aidan Morgan and Ruben Love as the third pivot on the teams’ roster for 2023.

“I’m stoked to be joining the Hurricanes for the 2023 season. Being from Whanganui, the Hurricanes are the team I grew up supporting, and I’ve always loved the way they play,” said Cameron.

“I’ve been speaking to some of the guys in the team, and it’s exciting to hear the direction the club is heading in from a culture perspective, so I’m just really excited to get amongst it and see what the team is all about.”

Born in Whanganui, Cameron attended Cullinane College before shifting to Christchurch to study and join the Canterbury Academy.

The 25-year-old made his provincial debut for Canterbury in 2017 and was promoted to the Crusaders in 2018 before winning a full contract in 2019, playing five matches as the Christchurch-based outfit claimed their third straight Super Rugby title.

His stunning provincial form in 2018 saw Cameron make his test debut against Japan becoming All Black #1181.

Cameron departed the Crusaders at the end of 2021 before heading to Japan for the inaugural Japan Rugby League One season with the Kamaishi Seawaves.

“Brett is a Whanganui boy who I watched closely while he was with the Crusaders. When he decided to make the move to Manawatū and play for the Turbos last year, I obviously got a closer look and was able to understand more about how he operates. To see the influence he had, in directing the game and the leadership he showed within the Turbos camp was outstanding, especially given he was new to the group,” said Head Coach, Jason Holland.

"He is a talented player with a great skill set, a good kicker, and punts well, but he is also a real threat at the line. He is an athlete who makes really good decisions,” added Holland.