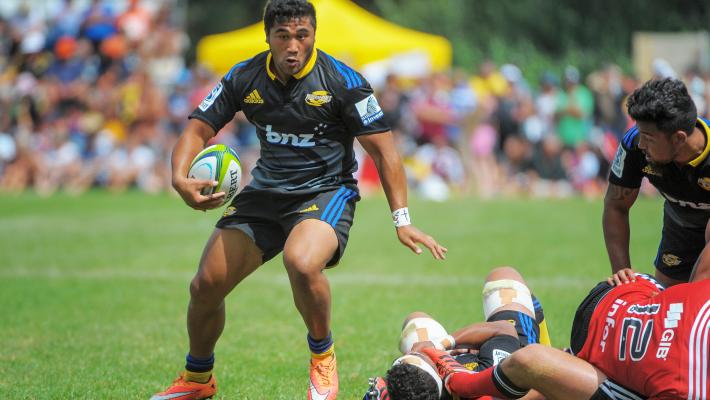 U20s get up over Blues

The first ever under-20 side to wear the Hurricanes colours have done the club proud in Taupo today.

Coach Darren Larsen said it was a tough battle, but he was thrilled with the way the boys performed as a unit, despite only being together for 24 hours.

"We actually got behind very early on and had no ball for the first ten or so minutes.

"We then got our defence going and I was really impressed with the way the boys wanted to work for each other. We were able to create some turnovers and took our opportunities from that."

Larsen said although the Hurricanes scored five tries, they had to work extremely hard to get them.

"We were forced to make a huge amount of tackles. I'm not sure what the stats were, but I'd say we were definitely down on possession for the match, so we're very happy with the end result."

Nine of the Hurricanes team will attend the New Zealand Under-20 camp next week, while the remainder will be hoping to gain selection for the Hurricanes Development team. That side will have their first challenge for the season against the Crusader Knights at Porirua Park, next Thursday, March 5, kick-off 3pm.