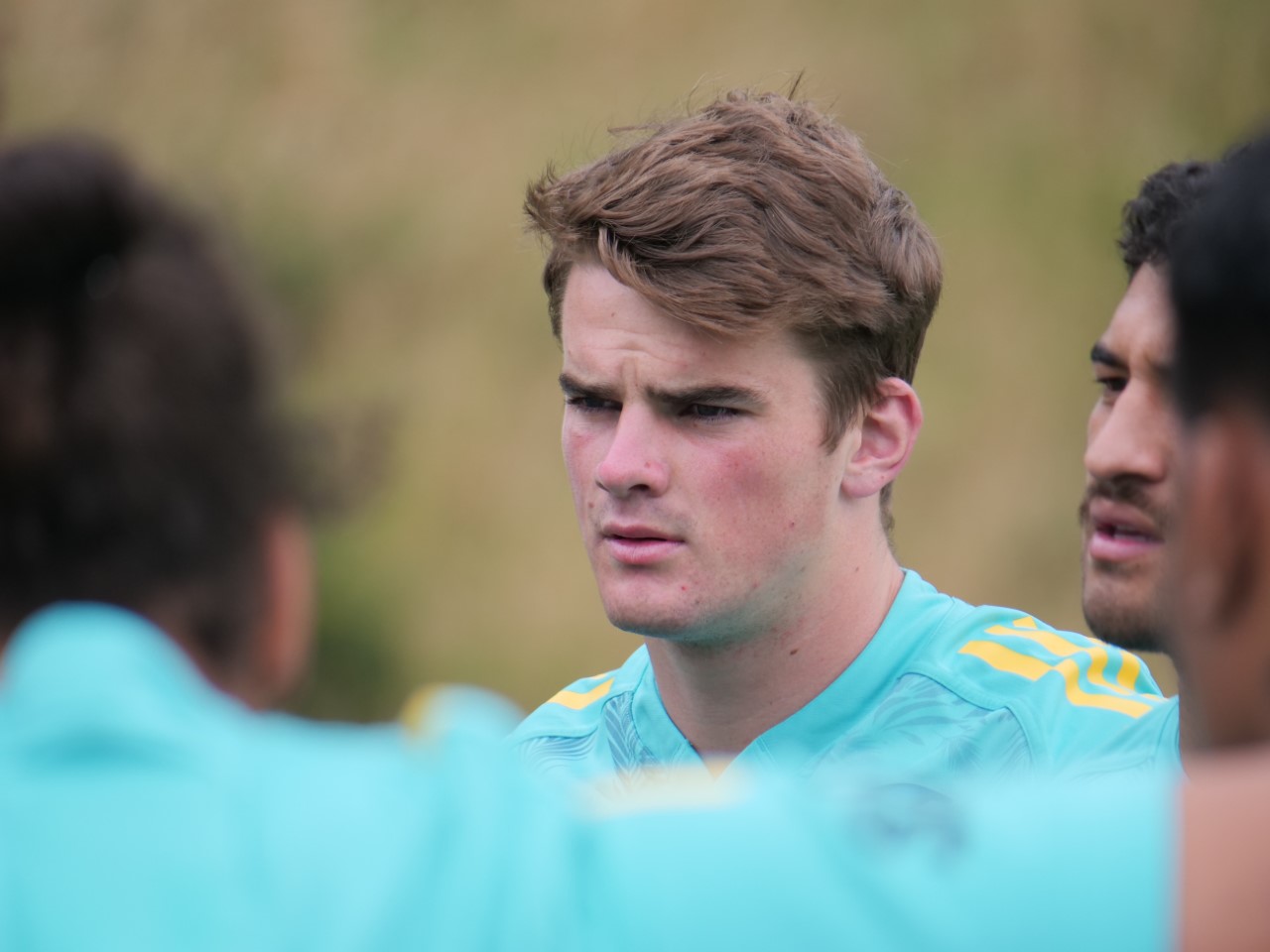 A latecomer to rugby, the University of Waikato graduate has taken a different pathway to Super Rugby.

Not long ago, Sangster was making his way up the ladder at Mainfreight. Now, he’s traded in his corporate career and joined fellow new recruits Dominic Bird, Caleb Delany and Tom Parsons to bolster the Hurricanes locking stocks.

Having never played junior rugby, Sangster only picked up the sport when he was a year 12 student at Aquinas College, having instead opted to swim, play basketball and taekwondo, which he was a black belt in.

Leaving high school, he was selected for the Waikato U19s, but the dream of playing rugby for a living only began when he moved back Tauranga after graduating from university.

A development contract with Bay of Plenty followed in 2021, before locking in a starting role for the Steamers.

The 1.98m lock was approached by Hurricanes Assistant Coach Chris Gibbes after playing just three games for the Steamers.

“I got a call from Gibbo after my third game and he wanted to have a catch-up,” Sangster said.

“We went out for a coffee and had a chat about where I was and where I wanted to be, and it went from there. I didn’t really believe it when he rang me up. I was shocked.”

“We could all see the raw athlete that he is. Physicality is natural to him, which is what you want in your big men.”

“After speaking with him, I knew pretty quickly that he is a fast learner and an intelligent kid, and he really wants it.”

Sangster has made a strong start to his first Super Rugby preseason.

“He’s competing. He has turned up in good physical nick, and he is learning. He has the energy and enthusiasm, is giving things a go and learning from his mistakes. As a coach that’s the best we can ask for.”

Sangster said he was enjoying being in the Hurricanes environment full-time.

“Being in a full-time rugby environment is awesome. I got a little taste of it last year but at this next level is a bit of a dream.”

“It’s tough physically but great to get amongst the guys and onto the field again. There is a lot to take in in terms of content but I’m really enjoying it.”

Sangster said he was already making some good connections and learning from seasoned Hurricanes players.

“Playing with Scott Scrafton has been good for me. Especially with that experience at lock.”

“It’s been awesome. Obviously, you get tight with your positional groups but I’m really enjoying playing alongside these other guys. Everyone has been really welcoming, the staff and all the players.”

A recipient of the Sir Edmund Hilary Scholarship, the 25-year-old Supply Chain Management and Electronic Business Graduate spent a semester playing college rugby in America at Rowan University and was named captain of the mid-Atlantic division conference team during his stay.

Alongside his academic and rugby achievements, he represented NZ internationally at the 2016 Taekwondo New Zealand Open, taking gold and being named fighter of the tournament.

Join our team and secure your season membership for 2022 – six home games at Sky Stadium and free home finals series. Head to hurricanes.co.nz/membership