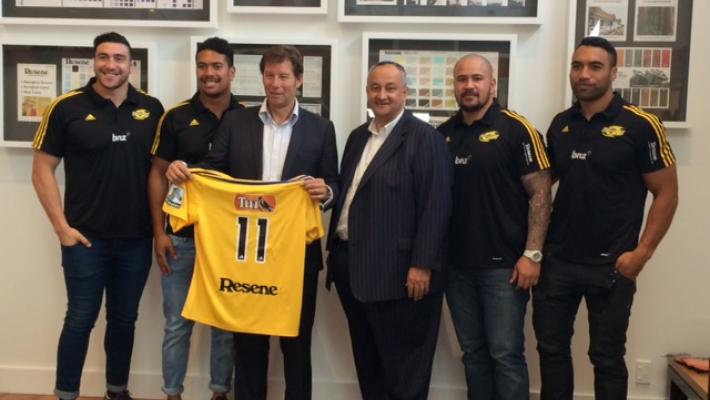 Resene staff got more than they bargained for at work yesterday after four Hurricanes made a surprise visit to their Naenae headquarters.

The deal will see Resene take on the back-of-jersey sponsorship of the Hurricanes for three years, starting with the upcoming 2015 season.

Mr Nightingale said it was a privilege to announce their official sponsorship of the Hurricanes for the next three seasons.

"We're thrilled to be on the jersey that you guys are going to be wearing. Although we've been supporting the Hurricanes anyway for a number of years, myself and our staff are proud to make that support official."

Nightingale and his team ran a lively prize draw for Resene's 120 employees located in Wellington, where two Hurricanes' 2015 signed jerseys and a bunch of caps were up for grabs.

The four Hurricanes took a tour around the factory, learned a bit about how paint was made, and even came across a huge tub of yellow paint they suggested be renamed "Hurricane yellow". We might have to have a follow-up chat with Resene about that.